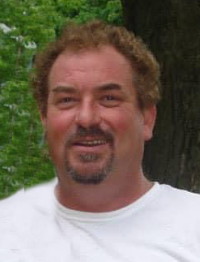 Brian A. Smith, 53, passed away Wednesday, April 8th, 2020. He was born to Wayne A. and Judith A. (Russell) Smith on August 17th, 1966 in Alton, Illinois.
Brian graduated from Plymouth High School in 1984, and from there attended Vincennes University where he received a degree in aircraft maintenance. After graduation he obtained a job at Metro Airport in Fishers, IN and later went to Montgomery Aviation in Zionsville, IN, as an aircraft maintenance supervisor. Eventually Brian moved back to Plymouth and joined the Plymouth Fire Department as a volunteer and EMT from 2013-2017. He then moved on to work for the Four Winds Casino as a first responder. Brian had a kind and generous heart. He loved his family very much and enjoyed being around them and his many friends. He liked all things auto and aircraft related, including attending local airshows and building his own chipmunk model airplanes. He enjoyed classic rock music, racing and working with his hands. Brian’s greatest accomplishment was becoming a grandpa! He is survived by his parents, Wayne and Judith Smith of Plymouth, daughter Miranda (Aaron) Smith of Plymouth; grandchildren: Adalyn Wagers of Plymouth, Gracie Thomas of Union Mills, IN, and Alex, Tyler and Zachary Mason of Cypress, TX; nephews Blake and Brandon Smith of Plymouth: and step-children Heather (Thomas) Styborski of Union Mills, IN and Robert (Andrea) Mason of Cypress, TX. Brian is preceded in death by his brother, Brett A. Smith, and uncle, John “Tim” Russell.
Due to the restrictions on social gatherings, the family will have private services and a formal celebration of Brian’s life at a later date.
In lieu of flowers, memorial contributions can be made to Teacher’s Credit Union c/o Adalyn Wagers Education Fund, 1501 N. Oak Dr. Plymouth, IN 46563.