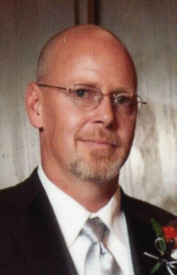 Brian F. Royer, 47, passed away unexpectedly on Wednesday, August 10, 2016 in his Argos home.
Brian was born the son of Frank D. and Carole S. (Rogers) Royer on July 28, 1969 in Logansport, Indiana. He received his education at West Central High School.
By trade Brian was a welder and worked in production for Utilimaster in Wakarusa for 17 years.
He enjoyed golf, bowling with a perfect game in 2015, card games and the Buffalo Billâ€™s. Brian was a member of the Sons of the American Legion Plymouth Post 27.
Surviving is his father Frank of Niles, Michigan, five children and families: Tiffany M. (Garrett) Rimpler of Winamac and their children; A.J., Gracelyn and Grant, Alysha M. (Jason) Jones of Plymouth and their children; Caleb and Colin, Nichole L. Royer of Bremen and her son Zayne, Dustin L. Royer of Bremen and David M. Royer of Argos. He is also survived by his sister Sheila K. Royer of Lafayette, IN along with many aunts, uncles, cousins and friends.
Brian was preceded in death by his mother Carole and a young brother Derek L. Royer.
Family and friends will come together to honor the life of Brian Royer on Tuesday, August 16th from 5 â€“ 7 p.m. in the Johnson-Danielson Funeral Home, 1100 N. Michigan St., Plymouth where services will begin at 7 p.m.
Burial next to his mother Carole will take place at a later date in Saint Henryâ€™s Cemetery, Medaryville, IN
In lieu of flowers memorial gifts may be given to the Brian Royer Memorial Fund and the David Royer Scholarship Fund c/o First Source Bank.