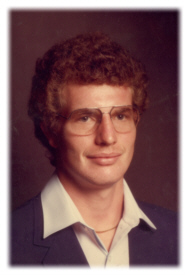 Brian K. Lehiy, 46, a Upas Road resident in Plymouth, passed away Wednesday afternoon at his workplace. Brian has been a Marshall County resident most of his lifetime.
Born on December 1, 1964 in Bremen, Indiana, Brian was the son of Carl R. and Betty J. (Sickmiller) Lehiy. He was a member of the Plymouth High School Class of 1983 and played varsity football.
Brian was a hard worker and for the past three years was employed at Hundt’s Auto Salvage in Plymouth.
He enjoyed fishing local rivers and lakes, was an avid bow hunter and enjoyed stock car racing.
Brian is survived by his mother Betty Lehiy of Plymouth, his daughter Christine A. Lehiy of Bremen with his grandchildren; Braiden M. Lehiy and Jasmine M. Gonzalez, and his fiancé Rosetta Moore with whom he shared plans to wed next year. Also surviving is his step-sister Patricia Ann Hoover and sister-in-law Karen M. Lehiy both of Plymouth along with several nieces and nephews.
Preceding Brian in death was his father in 2003, his brother Thomas Allen Lehiy in 2009 and a step-brother Michael Zuellig.
Visitation for Brian will be held on Sunday, August 21st from 2 – 5 p.m. in the Johnson-Danielson Funeral Home, 1100 N. Michigan St. Plymouth. Services will be at 10:30 a.m. on Monday in the funeral home with the Rev. DeWayne Smith officiating.
Burial will follow in the New Oakhill Cemetery in Plymouth.
Memorial gifts may be made to the donor’s choice.