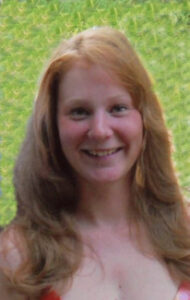 Brianne K. Danielson, 33, a resident of Plymouth, passed away unexpectedly on Sunday morning while vacationing with friends in Key West Florida.
She is the daughter of Susan D. (Shei) Danielson and Reginald M. Danielson both of Plymouth. Brianne was born in South Bend, Indiana on October 29, 1982.
Brianne was baptized Catholic and received her elementary education at St. Michael’s and graduated from Plymouth High School with the Class of 2001 where she was active in choir and music programs. On Long Island, New York, she completed course studies at the Hunter Business School and became a Certified Medical Assistant & Phlebotomist. In 2014 she returned to Plymouth where she resided with her mother Susan and worked part-time with her father Reg at the Mayflower Tavern as a bar hostess. She was affectionately nicknamed “jaybird’ as a toddler and it stuck to this day. Brianne was light spirited, who cared greatly for others, especially children. She enjoyed music, singing karaoke, dancing and card games.
She is survived by her parents, boyfriend Christopher Tedesco of Brentwood, NY, many aunts, uncles, cousins and friends.
Brianne joins her paternal grandparents Walter M. & Lucille O. Danielson and maternal grandparents Kenneth J. & Agnes R. Shei.
Her family will receive friends from 11 a.m. to 1 p.m. on Saturday, March 26th in the Johnson-Danielson Funeral Home 1100 N. Michigan St., Plymouth. Services will immediately follow at 1 p.m. in the funeral home. The Rev. Charles Krieg will officiate.
A luncheon and continued celebration of her life will immediately follow in the Plymouth Moose – Family Center 1225 W. Jefferson St.
Preferred are memorial gifts to the Lupus Foundation of America, 2000 L St. NW, Suite 410, Washington, DC 20036.