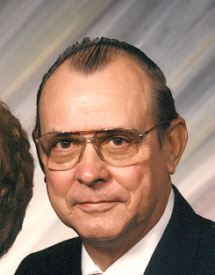 Buddy Wayne “Bud” Ousnamer, 72, died suddenly of natural causes at 3:52 a.m. in his River Park home, 805 Baker Street, Lot 20, Plymouth. A lifetime Plymouth resident, Bud and his wife Jo formerly resided on Kenwood Ave.
Bud was born in Plymouth on October 2, 1933, the son of Gerald and Nellie (Rice) Ousnamer and received his education at Plymouth’s Lincoln High School with the Class of 1951.
In 1953, Bud entered the U.S. Army and served as a Corporal in the Korean War and was honorable discharged in 1955.
On August 24, 1952, in the Plymouth First Christian Church, Bud took as his bride the former Jo Lacher.
He then embarked on a 36 year career in public transportation, first as a driver for 22 years with the popular Indiana Motor Bus Co., from there he became the operations manager for United Limo over the next 14 years and retired in 1998. He served 12 years as the President of his Union Local No. 1286. Bud served the community as an accomplished locksmith for over 26 years.
Bud was recognized as a most loving husband, father and grandfather. He possessed a dry sense of humor and when asked, gave his genuine, sometimes out-spoken opinion. He enjoyed spectator sports and in former times liked to hunt and fish.
Surviving are two sons; Marc K. (Debbie K.) Ousnamer and Craig A. (Nancy D.) Ousnamer all of Plymouth and grandchildren; David L. (Holly) Ousnamer and Amanda R. (Caleb) Thomas all of Plymouth and Benjamin A. Helbling of Elkhart.
A sister Geraldine Thornton of Ft. Myers, Florida survives along with an aunt Daisy Sutton and uncles Winfred Ousnamer of Plymouth and Roy Rice of South Bend. Several nieces and nephews also survive. He was preceded in death by his parents. Friends are welcome to join the family from 4 – 7 p.m. Friday, February 3, 2006 in the Johnson-Danielson Funeral Home, 1100 N. Michigan St. Plymouth where services will begin at 7 p.m. Friday following visitation. The Rev. William Kaster, pastor of the Trinity United Methodist Church, where Bud was a member, will officiate.
A military graveside service will be held at 9 a.m. Saturday, February 4, 2006 in the New Oakhill Cemetery. Honors will be accorded Bud by members of the Veterans of Foreign Wars, Marshall Co. Post 1162 and the Plymouth American Legion Post 27.
Memorial gifts may be given to the charity of the donor’s choice.