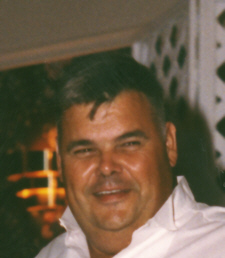 Buddy Lee Seese, 65, a Plymouth resident for 42 years, formerly living in Culver for 19 years, died of natural causes in St. Joe Regional Medical Center Plymouth, Indiana, at 6:45 pm on Friday, April 21, 2006.
The son of Clarence (Bud) Seese and Violet Bickel Seese, Buddy graduated from Culver High School with the class of 1959.
On June 4, 1960, in Knox, Indiana, he took Jeanette Hensley as his bride. They have been married almost 46 years.
He was employed by AM General for 30 years, retiring in 2000. A Union Steward, a position he thoroughly enjoyed, he worked nearly every position at the plant. Buddy also worked for several years with the Braman and Son Memorial Chapel, Knox, Indiana assisting with funerals and the ambulance service.
Buddy loved to fish and hunt. Very skilled with his hands, he was a woodworker and had numerous projects, including building homes and many other smaller projects. There is nothing that he could not build of fix. Buddy is survived by his wife and their daughter and son-in-law, Michelle and Richard Buchert, all of Plymouth, Indiana.
A grandson, Justin Neil Buchert and two granddaughters, Shawnee Leigh and Camryn Ann Buchert, all of Plymouth, survive as well.
Sandra and Rudy Wakefield, Buddy’s sister and brother-in-law, of Culver, also survive together with Madeline Hensley, his mother-in-law, of Knox, Indiana.
Other survivors are brother-and-sister-in-law, Larry and Mary Hensley, Pensacola, Florida: brother-in-law, David Drane, Knox, Indiana; sister-and-brother-in-law, Iva and Jerry Hensley, Knox, Indiana; sister-and-brother-in-law, Melva and Ed Brooke, Knox, Indiana; and brother-in-law, Jerald Hensley, Omaha, Nebraska.
Also surviving is one aunt, Carol Bickel of Plymouth, and several nieces and nephews.
Buddy was preceded in death by his parents, two nieces, a nephew and a sister-in-law and father-in-law.
Friends will be welcomed by the family to celebrate the life of Buddy Seese from 4 to 8 p.m. on Tuesday, April 25, 2006, at the Johnson-Danielson Funeral Home, 1100 N. Michigan St., Plymouth, Indiana.
Funeral services for Buddy will be held at 11 a.m. on Wednesday, April 26, 2006, in the funeral home. The Rev. Steven Resner, pastor of Calvary Lutheran Church will officiate.
Burial will be in New Oakhill Cemetery, Plymouth, Indiana.
Memorial gifts may be made to a charity of the donor’s choice.