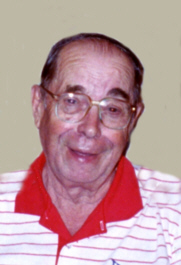 Buford Benge, 90, passed away Monday morning March 6th, 2017.
Buford was born on November 27, 1926, the son of Herman and Alta Benge. He is preceded in death by his wife Dottus, two sisters, Velda Tucker, Evelyn Young and two brothers Roy and Herman. He is survived by his son Roy A Benge (Claire) of Plymouth Indiana and his sister Virginia (Bruce) Trent of Indianapolis, Indiana.
He is also survived by his 3 grandchildren, Carin (Josh) Rojas of Chicago, Illinois, Kyle (Ashley) Benge of Rensselaer, Indiana and Chelsea Benge of Pittsburgh, Pennsylvania. He has two great grandchildren Jack and Oscar Rojas of Chicago, Illinois.
Buford was born in Borger, Texas. The family moved to Monticello, Kentucky when he was 6 years old, where he grew up. Buford served in the U.S. Army (Corporal) stationed in Germany 1945-46 during World War II. He was a crewman in the 740th Tank Battalion. He graduated from Lindsey Wilson Junior College and attended Eastern Kentucky University. He was employed as a teacher and basketball coach in Kentucky prior to moving Indianapolis, Indiana, where he worked for Chrysler Corporation 36 years. Shortly after retirement Buford and his wife Dottus moved to Plymouth, Indiana in 1997.
During retirement Buford devoted his time to family and church. He followed his grandchildren’s journey as student-athletes at Plymouth High School and beyond. He was a proud and supportive grandfather. Buford was an avid University of Kentucky basketball fan.
He lived his faith in ministry by teaching Sunday School for nearly 20 years (Indianapolis and Plymouth).
Buford battled numerous health challenges the past sixteen months, but now enjoys Eternal life promised by a loving Savior.
His love and kindness will be remembered and missed.
The Benge family wishes to express their deepest gratitude to the staff, nurses and aides of Pilgrim Manor, as well as Southern Hospice Care.
Visitation will be held on Thursday, March 9th from 5:00-7:00 pm at the Johnson-Danielson Funeral Home in Plymouth. Burial will be Friday, March 10th, 1:00 pm Washington Park East Cemetery, Indianapolis, Indiana.
Contributions in memory of Buford Benge may be made to Pilgrim Manor â€“ Activities Fund 222 Parkview St., Plymouth, IN 46563, Southern Care Hospice 1626 E. Day Rd., Mishawaka, IN 46545 or Plymouth High School Athletics 1 Big Red Dr., Plymouth, IN 46563.