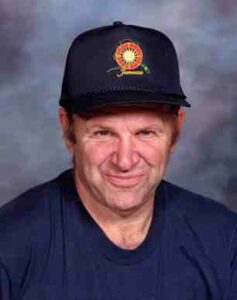 Byron â€œLewâ€ Kennedy 76, of Warsaw and formerly of Plymouth passed away on Wednesday January 2, 2019 afternoon at Millerâ€™s Merry Manor in Warsaw, Indiana. He was born in Plymouth to Lew and Ruth Smith Kennedy on January 29, 1942. He graduated from Plymouth High School in 1960.
He was a U.S. Army veteran and went to Ft. Polk, Louisiana for boot-camp and became an E-4 Specialist.
Byron was employed at Weidner Canning Company prior to his enlistment in the U.S. Army. He owned and operated Byron Kennedy Well Services, and worked at Clausing Machine Shop in Warsaw, United Technology, Holiday Inn and Lear Corporation. He also worked in a salvage yard tearing things apart and enjoyed Elvis Presley and â€œRedâ€ Skelton.
Byron was also a member of the Single Catholic Adult Club and the Knights of Columbus in Warsaw.
Survivors include one brother, Hubert (Saundra) Kennedy of Warsaw, and several nieces and nephews.
He was preceded in death by both of his parents, Lew and Ruth Kennedy and by one sister, Alma Fassel.
Visitation will be held on Tuesday January 8, 2019 from 10:00 to 11:00 A.M. with funeral services to follow at 11:00 A.M. at the Johnson-Danielson Funeral Home 1100 N. Michigan Street, Plymouth, Indiana with the Rev. Fr. John Korcsmar, CSC officiating. Interment will take place at New Oak Hill Cemetery, Plymouth.
Memorials may be directed to the Midwest Service Dogs, 227 N. Dixie Highway #340 South Bend, Indiana 46637.