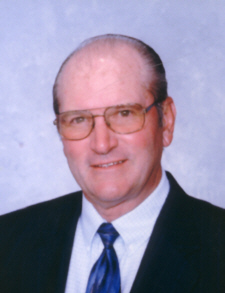 C. Devon Fish, 70, of Plymouth, a lifetime Marshall County resident, died, following a four-year battle with cancer, at 8:36 p.m. in Miller’s Merry Manor, Plymouth, on Friday, July 27, 2007.
Devon was born in Plymouth on August 5, 1936, the son of Clifford E. and Leona G. Price Fish. He graduated from Lakeville High School with the class of 1954.
On March 23, 1958, in Easton, Maryland, Devon and Betty Hutchison were married.
A farmer, truck driver and laundromat maintenance man, Devon retired as a truck driver from Pi-Rod in 2003.
He was a devoted church and family man. He enjoyed studying the Bible and fishing with his grandchildren. He appreciated John Deere antique tractors and Studebaker cars.
Devon is survived by his wife, Betty and by their three sons: Randy and Nancy Fish of South Bend and their children, Aaron and Alex: Rick and Linda Fish, Plymouth, and their sons, Justin and Brandon: and Ryan and Nikki Fish of South Bend, and their children, Eric and Natalie.
Devon is also survived by a brother, Elson, and sister-in-law, Patsy Fish of Lakeville, Ind., and a sister Sherlyn and her husband, George Kohr of York, Pa.
He was preceded in death by his parents.
Friends are invited to share memories of Devon with his family from 4 to 8 p.m. at the Johnson-Danielson Funeral Home, 1100 N. Michigan St., Plymouth, on Tuesday, July 31, 2007, and after 7 a.m. on Wednesday morning, August 1, 2007, and for one hour at the church prior to the service on Wednesday.
Funeral services for Devon will be at 11 a.m. on Wednesday, August 1, 2007, in the Sunrise Chapel, 11802 Lincoln Highway, Plymouth, where Devon was a member. Pastor Rustin Krapfl of the Sunrise Chapel will officiate.
Interment will be in New Oakhill Cemetery, Plymouth. Memorial gifts in Devon’s memory may be made to the World Missionary Press, Sunrise Chapel’s Mission Fund or the Center for Hospice & Palliative Care, Plymouth.