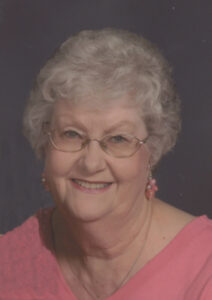 Carolyn Jean Wintrode, 73, lost her battle with cancer on Friday, September 26, 2014 at 11:35 p.m. at the South Bend Hospice House.
Born in Vienna, Illinois on October 8, 1940, Jean was the daughter of Walter Reed and Callie Opal (O’Dell) Williams. She graduated from Lincoln High School in Plymouth with the class of 1958.
On June 17, 1961 Jean married Ronald E. Wintrode in Plymouth. Shortly after marriage, the couple moved to Indianapolis, Indiana. There, Jean worked as an office manager for Fibex for 34 years until her retirement in 1998. She also worked at the Shalom Day Care in Indianapolis for five years. Jean was a very active member of the United Methodist Church in Indianapolis, having been honored with the “Missioner of the Year” award in Indianapolis. Moving back to Plymouth, Jean loved to read mystery novels, crochet, knit and watch her favorite television shows. She very much enjoyed lunch with her high school classmates every Thursday of the week. Ron and she attended the Inwood United Methodist Church.
Jean is survived by her husband of 53 years, Ronald of Plymouth and their son, Jeffrey Earl Wintrode of Indianapolis. Also surviving are her siblings: Ruth E. (Herbert) Wathen of Plymouth, Mary Lee Rudd of Plymouth, John F. (Dawn) Williams of Mentone and Diana L. (Timothy) Twiss of Ft. Wayne.
Her extended and ‘foster’ family includes; Crystal Hall, Kanyon Kilgore and Payton Shupe.
She was preceded in death by her parents, a brother Walter R. Williams Jr. and brother-in-law Dr. Ned W. Rudd.
Family and friends will gather on Wednesday, October 1st from 4 – 7 p.m. in the Johnson-Danielson Funeral Home, 1100 N. Michigan St., Plymouth. A service to celebrate her life will immediately follow in the funeral home officiated by Rev. Gracie Marske.
Burial will be in the New Oakhill Cemetery at a later date.
In Lieu of flowers, memorial contributions can be made to the Inwood United Methodist Church, 11211 Hawthorn Rd. Plymouth, IN 46563, the Marshall County Neighborhood Center, 402 W. Garro Street, Plymouth, IN 46563, or to the donor’s choice.