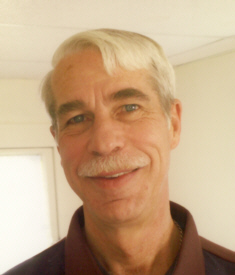 C. Jon Bixel, 56, died in the Lutheran Hospital of Fort Wayne of an apparent heart attack at 11:50 a.m. on Wednesday, June 21, 2006. A lifetime area resident, he lived on W. 6C Road, Plymouth.
Born in Plymouth, Indiana, on January 27, 1950, Jon was the son of Omer C. and Hope R. Grossman Bixel.
He graduated from Plymouth High School with the class of 1968 and from Indiana University, Bloomington, in 1972.
He was an outdoorsman, enjoying golf, canoeing, camping and working outside. He loved yard work and anything to do with the outside.
He was a staunch Democrat, following his family’s tradition.
He was a member of Horizon Ministries and the Plymouth American Legion.
Jon is survived by two daughters, Melissa M. Bixel of Plymouth and Melanie K. and Matt Brown of Tippecanoe, Indiana.
His fiancée, Edith Hisey of Rochester, Indiana, also survives along with two sisters, Barbara J. Hunt of Sarasota, Florida and Beverly A. Bixel of South Bend, Indiana, and a nephew, Scott Hunt of Atlanta, Georgia.
Jon was preceded in death by his parents and a brother, Arthur Eugene Bixel.
Jon was employed as a sales representative of Swihart Motors of LaPaz, Indiana.
He had previously worked for many years for the State Exchange Bank in Culver. He had also been an agent for the Met Life Insurance Company.
Friends are invited to share memories and visit with the family from 4 to 8 p.m. on Friday, June 23, 2006, in the Johnson-Danielson Funeral Home, 1100 N. Michigan Street, Plymouth.
Funeral services for Jon will be held at 10:30 a.m. on Saturday, June 24, 2006, in the funeral home. Pastor Jim Desmarais.-Morse of Horizon Ministries, Bremen, will officiate.
Burial will be in New Oakhill Cemetery, Plymouth.
Memorial contributions in Jon’s memory may be made to the Marshall County Hospice.