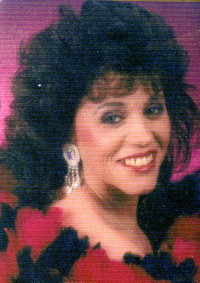 Candy Cramer, 60, passed away on Sunday, April 26, 2020 at St. Joseph Regional Hospital, Mishawaka.
She was born on November 27, 1959 in Longansport, Indiana to Herbert and Beverly (Brown) Swope. After attending Plymouth High School, Candy worked as a car detailer for A&R and Ziebart. Her hobbies included watching car races at the Plymouth and South Bend Motor Speedways. Candy enjoyed cruising in her car while jamming out to “Don’t Go Chasing Waterfalls.” She was one of the most kind and caring people that you would ever meet, often putting others needs before her own. She loved frequently going to garage sales and thrift stores buying things for everyone else except herself. Candy never knew a stranger, it did not matter if she knew or not, she would always give you the rundown about anything and everything that was going on in her life. Candy is survived by her mother Beverly Brown of Sun City, AZ; ex-husband and best friend Randy Cramer of Plymouth; daughters Valarie (Dustin) Whiteman and Erin (Gerald) Ritchie of Plymouth; Sons, Matthew (Allison) Cramer of Round Rock, TX and Jordan Cramer of Plymouth; sister, Cindy (Randy) Drudge of Plymouth; brother, Raymond (Shannon) Swope of Plymouth; 15 grandchildren and 4 great-grandchildren, along with lifelong friend Ken Landrie.
She was preceded in death by her father Herbert Swope and step-father Jerry Brown.
A celebration of life will be held at a later date.