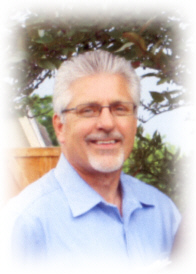 Former Plymouth resident, Carl E. Kreighbaum, 60, residing in Spring Hill, Tennessee for the past seventeen years, died unexpectedly at home on the evening of Thursday, September 22nd. Carl peacefully completed an interception from this life into the arms of his Savior Jesus Christ. His strong yet gentle presence in the daily lives of many will be greatly missed.
Carl Eugene Kreighbaum was born in Plymouth, Indiana on July 6, 1951, the son of Jacob “Ray” and Kathryn Elizabeth (Rains) Kreighbaum.
Carl was a member of the Plymouth High School Class of 1969. He excelled in football, wrestling and baseball as well as academically and was honored with the esteemed Noble Kizer Award. He furthered his education as a Spartan with Manchester College, as an explosive linebacker and captain. Carl earned his degree from Manchester in Accounting.
Team work and leadership remained with Carl throughout his life. He forged many relationships in his career and currently served as a regional manager and consultant with State Group in the greater Nashville area.
Commitment was key and unfailing in Carl’s love for his Lord and Savior, family and friends. He and his loving wife, the former Martha “Marti” Moeller have been devoted to one another for the past 36 years.
She survives along with their son, Matthew Kreighbaum of Spring Hill; daughters, Kari (James) Cantrell of Ft. Hood, Texas and Teina Kreighbaum also of Spring Hill. Grandchildren include Alyssa, Andrew and Kaitlynn Cantrell all of Ft. Hood.
A brother, Larry Kreighbaum of Plymouth ; sisters, Sandra K. (Roy) Sickman of Plymouth and Norma J. (Paul) Harness of Argos survive along with his mother-in-law, Edna Moeller of Hicksville, Ohio and many other family members.
Visitation will be held on Wednesday, September 28th from 1 – 5 p.m. in the Spring Hill Memorial Park and Funeral Home, 5239 Main Street, Spring Hill, Tenn. Ph. 931-486-0059 www.springhill-tnmemorial.com A memorial service will be held at 5 p.m. in the funeral home, Rev. Tom McCoy, pastor of the Thompson Station Church where Carl was a member, will officiate.
Memorials may be made to the Carl Kreighbaum Memorial Fund.