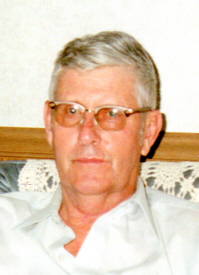 Carl Nathan Haag, 83, a resident of Upas Road, Plymouth, passed away at his home at 4:54 p.m. Wednesday of natural causes.
Carl was born at home in Tyner, Indiana to Henry “Hank” and Thelma (Baker) Haag on July 30, 1931.
He graduated from Tyner High School in 1949. From 1952-55, Carl served in the U. S. Navy during the Korean Conflict.
On December 19, 1959 he took as his bride the former Theresa M. Young. She would precede him in death on February 10, 1992.
For a time Carl worked at Studebaker and then 20 years as a co-owner and operator of Haag & Haag Excavating. He was also engaged in farming and after retiring he drove a Taxi.
Carl was a member of the Plymouth Moose Family Center, enjoyed playing cards and Sunday dinners spent with his companion of many years Alice Pearson prior to her death in 2013.
Surviving are his children Thomas (Judy) Haag of Walkerton, James Haag of Plymouth and Steven (Nina) Haag of Ft. Wayne along with grandchildren Jeremy Haag, Tina (Matt) Blosser, Elizabeth Blackwood, Lauren Gray and Justin Blackwood, one great-granddaughter and four great-grandsons.
The family would like to acknowledge the private caregivers of Pam Lamb Home Care.
In addition to his parents and spouse, siblings Beverly Goldt and Charles Haag also preceded him in death.
Friends may call on Monday, May 4th from 1 – 3 p.m. in the Johnson-Danielson Funeral Home, 1100 N. Michigan St., Plymouth. Services will immediately follow in the funeral home at 3 p.m. officiated by Rev. Charles Krieg.
Burial will follow in the Tyner Cemetery with Military Honors provided by members of the Plymouth American Legion Post 27, Veterans of Foreign Wars – Marshall County Post 1162 and the D.A.V.
Memorial gifts may be made to the Alzheimer’s & Dementia Services of Northern Indiana, 922 E. Colfax Avenue, South Bend, IN 46617 or The American Heart Association.