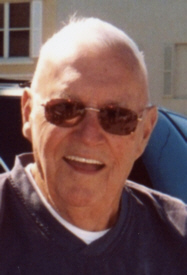 Carl R. McMillen, 88 and formerly of Baker Street, passed away at 10:15 p.m. on Tuesday, March 15, 2016 in the Catherine Kasper Life Center, Donaldson.
Carl was born the son of Virgil and Frances (Butler) McMillen on November 4, 1927 in Toledo, Ohio. After his family’s move, Carl would graduate from Mexico High School in Mexico, Indiana. He would then serve our country in the U.S. Army while stationed in Germany.
On June 12, 1949 in Mexico, Indiana, Carl would take the former Reba Sue Eikenberry as his wife. The couple would move to Plymouth and make the city their home for over 60 years. She would precede him in death on February 12, 1995. He then went on to meet his dear friend “Miss Edna” Reeve and they enjoyed their lives in Florida for another 15 years. After her passing, Carl would move back to Plymouth in 2014.
Carl worked for NIPSCO as a lineman for 42 years before his retirement. He also ran H&M Vending with his partner Max Huggins in his early years.
He was a member of the Moose Lodge #741 in Plymouth, the American Legion Vets, the American Legion Post #27, the Elks Lodge #2548, the VFW Post #1162 and the Phi Delta Kappa in Plymouth.
He enjoyed fishing, mushroom hunting, playing cards and bowling with all his friends. Carl loved to dance and telling good ol’ stories.
He is survived by his daughter, Marcy (Simon) Caron of Plymouth and son, Mark (Reba) McMillen of Markle, IN and their daughter, Jessica McMillen. His step-grandson Lucas (Brittany) Forrester and their children: Averyanna, Isaac, Noah and Rose, all of Warsaw.
Carl was preceded in death by his wife, parents and sister, Betty Jayne Miller.
A Memorial Visitation will be held from 4-7 p.m. on Friday, March 25, 2016 in the Johnson-Danielson Funeral Home, 1100 N. Michigan Street, Plymouth. Carl’s Celebration of Life will continue on Saturday, March 26, 2016 from 3-7 p.m. in the American Legion Post #27, 1040 E. Jefferson Street, Plymouth. Military Honors will be provided at 3:00 p.m. on Saturday at the American Legion by members of the American Legion Post 27, Veterans of Foreign Wars- Marshall County Post 1162 and D.A.V.
Memorial contributions can be made to Marshall County Hospice 112 S. Center Street Suite C Plymouth, IN 46563 or the Catherine Kasper Life Center, P.O. Box 1, Donaldson, IN 46513.