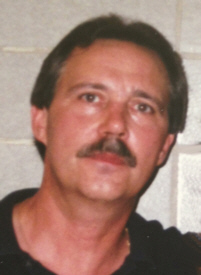 Carl T. Seversen, 58, passed away in his residence at 6:19 p.m. on Sunday, April 28, 2013.
Carl was born to Theodore and Margaret (Mulligan) Seversen on January 11, 1955 in Chicago, Illinois. He grew up in the area and loved playing baseball and was in the Little League World Series.
After high school, Carl joined the US Army and was honorably discharged as a staff sergeant after four years of service. He returned to Plymouth to start a family.
Carl was a long time Plymouth resident and managed the Balloon Wurks, the Plymouth Country Club and the Hayloft Restaurant. He was a multi-instrumentalist and loved playing his drums and many guitars. Bear Down.
He is survived by his three children: Adam Carl Seversen of Denver, CO, Hillary Margret (Mike Cahill) Seversen of Bourbon, and Elliott Theodore Seversen of Milwaukee, WI; three grandchildren: Treyce Elliott, Grace Addison and Quest Orion; his sisters, Sandy (Don) Bridgeman and Sharleen (Larry) Mulcahey, both of Chicago; and numerous nieces and nephews.
Carl was preceded in death by his parents and sister, Sharron Stanley.
Visitation will be on Friday, May 3, 2013 from 4:00 p.m. – 8:00 p.m. at the Johnson-Danielson Funeral Home, 1100 N. Michigan Street, Plymouth.
Funeral services will be on Saturday, May 4, 2013 at 2:00 p.m. in the funeral home with Michael Carter officiating. Visitation will resume one hour prior to the service in the funeral home. Military Honors will be provided by members of the American Legion Post 27, Veterans of Foreign War- Marshall County Post 1162 and the D.A.V.
Memorial contributions can be made to the VA Northern Indiana Health Care System- Fort Wayne Campus, 2121 Lake Ave., Fort Wayne, IN 46805 or to Wagoner’s Music Shop, 604 E. Jefferson St., Plymouth, IN 46563.