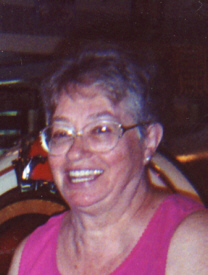 Carol A. Madonna, 74, a longtime resident of Garden Ct. West, Plymouth, and formerly of Knox and Argos, passed away in the Pilgrim Manor Care Center, following an illness, at 8:10 a.m. on Thursday, July 18, 2013.
Born on January 12, 1939, in LaPorte, IN., Carol was the daughter of Griffin M. and Edith K. (Yoder) Berger.
She graduated from Argos Community School with the Class of 1958.
On December 30, 1972, in Plymouth, Carol became the bride of Sam Madonna. Sam preceded her in death on December 21, 1995.
A homemaker, she enjoyed reading and visiting with nursing home patients. She was a movie buff, especially of old western movies.
She was a devoted member of the Plymouth Kingdom Hall of Jehovah Witness.
Carol is survived by three sisters. They are Esther M. Sheeks, Rochester: Joyce (Richard) Kolar, Argos and Jean (Arthur) Eskridge, McHenry, IL. Many nieces and nephews survive as well.
She was preceded in death by her spouse, her parents and David Berger, a brother.
Friends will be welcomed at a visitation for Carol from 11 a.m. to 1 p.m. on Monday, July 22, 2013, at the Johnson-Danielson Funeral Home, 1100 North Michigan St., Plymouth.
Funeral services officiated by Elder Robert W. Rettinger, will follow visitation at 1 p.m. on Monday in the funeral home.
Interment will be in the Maple Grove Cemetery, Argos.
Memorial gifts in Carol’s memory may be made to the Center For Hospice Care, 112 S. Center St., Plymouth, IN 46563
.