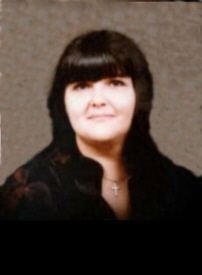 Carol A. (Kepler) Thomas, 66, a resident of Etna Green and formerly of Plymouth passed away following an illness on Thursday, December 22nd at 12:06 p.m. in the Vibra/Parkview Hospital in Ft. Wayne, Indiana.
Carol was born on August 9, 1950 in Plymouth, Indiana, the daughter of Emmanuel Charles and Hazel N. (Pelkey) Kepler. She was raised in Plymouth and graduated from PHS with the Class of 1969.
In 1969 she married Larry J. Thomas in a ceremony in Plymouth. He would precede her in death on January 6, 1994.
Carol was a homemaker who loved hanging around her grandchildren and their many friends. She liked fast cars, yard sales and window shopping. She was also a proud member of AARP.
Surviving are her two daughters and families: daughter Barbara D. (Mitch) Porter of Ardmore, Oklahoma and their children; Eric Thomas, Madison Porter and Mitchell Porter, daughter Jennifer J. (Allen) Foote of LaFollette, Tennessee and their children; Andrew Thomas, David Stewart, Larry Stewart, Denver Foote and Tyler Foote. She also leaves behind five great-grandchildren: Braxton Thomas, Logan Thomas, Bryant Thomas, Jackson Thomas and Madison Thomas. A brother Elwood â€œWoodyâ€ Kepler of Plymouth also survives. She was preceded in death by her parents.
Services will be at a later date and she will be laid to rest next to her husband in New Oak Hill Cemetery, Plymouth.
Memorial gifts may be made to the Wounded Warrior Project or any Ronald McDonald House.