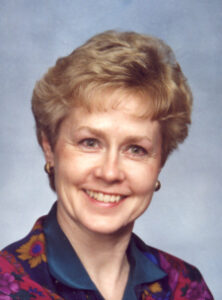 Carol A. Warner, 65,died, following a lengthy illness, at her residence, 209 W. St., Plymouth, at 10:10 p.m. on Saturday, December 27, 2008. She was in the loving care of her family and the Center for Hospice and Palliative Care at the time of her death.
Born in Plymouth, on January 6, 1943, Carol is the daughter of Keith J. and Phyllis M. Xaver Nash. She graduated from Plymouth’s Lincoln High School with the class of 1960, and from the Vogue Beauty College.
She first married Ralph E. Holdeman. Ralph died in June of 1986. Carol and Bruce W. Warner were married on May 2, 1991, in Plymouth.
Carol had a beauty shop in her home for many years and was a popular technician and friend to many people. She was in banking and worked for a time with the Plymouth Chamber of Commerce and City of Plymouth, prior to taking a position as Deputy Clerk of Marshall County for seven years until March of 2006.
She was a devoted wife, mother and grandmother – family meant everything to her. She loved tending to her garden which many times became her sanctuary. Carol was quite the organizer and never stopped going. She was accomplished at painting, wall papering and enjoyed listening to semi-classical music.
She was a member of Tri Kappa and of St. Thomas Episcopal Church.
Carol is survived by her husband, Bruce, and by two sons, a daughter and their children.
They are: Brian K. Holdeman, and Kay of Naples., Fla., and their children, Adam and Kyle: Mark A. (Linda) Holdeman, also of Naples, and their children, Sean, Danielle and Andy: Merry K. (Gary) Nelson, South Bend, Ind., and children, Nicole, Aaron, Jessica and Megan.
Her mother, Phyllis Nash of Plymouth and three sisters survive Carol. All from Plymouth, they are: Jeanne M. (Byron) White, Linda J. (Al) Myers and Sue Ellen Nash.
A brother, Kevin J. Nash, Plymouth, and several nieces and nephews also survive.
She was preceded in death by her father, Keith, in 2003.
Friends are invited to visit with Carol’s family and share memories with them from 10 to 11 a.m. on Saturday, January 3, 2009, in St. Thomas Episcopal Church, 400 N. Center St., Plymouth. A luncheon will follow services in the church Sheridan Hall.
A Memorial Mass for Carol will be held at St. Thomas Episcopal Church, on Saturday, January 3, 2009. The Rev. Father John Schramm and Hospice Chaplain Tom Padberg will officiate.
Interment will follow in the St. Thomas Columbarium.
Preferred memorial gifts in Carol’s memory may be made to the Center for Hospice and Palliative Care, Inc., 112 S. Center Street, Plymouth, IN 46563 or to the Cancer Fund.