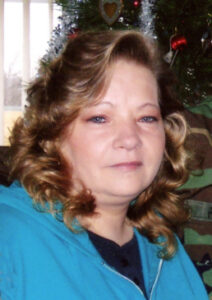 Carol A. Penrod, 51, a Plymouth resident since 1978, passed away unexpectedly due to natural causes on Friday, July 3, 2015 in the St. Joseph Regional Medical Center-Plymouth Campus ER.
Carol was born in Montpelier, Ohio on July 20, 1963 to Stephen John and Frances Rhea (Apt) Simpson. She graduated from Plymouth High School with the class of 1981 and then took some courses at Ancilla College.
On July 25, 1981, Carol became of the bride of Robert Allen Penrod. A caring and loving wife, Carol soon welcomed into their lives three children: Christina, Jason and Chase. She took great pleasure in caring for her family.
Carol was a member of the Women of the Moose, a member of the Barely Ables bowling team and had served as secretary of the Plymouth Youth Softball League. She also loved to make crafts and had been setting up a table at the Blueberry Festival every year since 1979. She was active with the Women’s Auxiliary of the Plymouth American Legion Post 27 and loved riding a Harley.
She is survived by her loving husband of 33 years, Robert of Plymouth, and their children: Christina A. Penrod, Jason R. Penrod and Chase A. Penrod, all of Plymouth; granddaughter, Mikayla A. Penrod of Plymouth; mother Frances Mays of Billings, Montana; sisters, Rhonda Kay Stewart of Bryan, OH and Lisa Norris of Plymouth; step-mother, Angie Simpson and half siblings, Johnny and Lindsey Simpson, all of Montpelier, OH. Her mother-in-law Patricia Penrod of Plymouth also survives.
She was preceded in death by her father and father-in-law Glenn Penrod.
Visitation will be from 4-7 p.m. on Tuesday, July 7th in the Johnson-Danielson Funeral Home, 1100 N. Michigan Street, Plymouth.
Funeral Services will be held at 7 p.m. on Tuesday in the funeral home with Life Celebrant Roberta Norris.
Burial will be in the New Oakhill Cemetery.
Preferred are memorial gifts to Marshall County C.A.S.A. (Advocates for Children) P.O. Box 373, Plymouth, IN 46563 or Donor’s Choice.