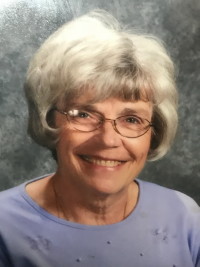 Carol Sue Butgereit “Mrs. B”, 79, passed away Sunday morning August 30, 2020 at Pilgrim Manor Nursing Home in Plymouth.
Lifetime Marshall county resident, Carol was born in Plymouth on July 31, 1941 to Paul and Dorothy (Ritchey) Berger. She graduated from Bourbon High School with the class of 1959. She attended Flight Attendant School for two years.
On October 25, 1981 in the Bremen Salem United Methodist Church she married Carl Butgereit. He would pass on November 6, 2015.
Carol worked at Ristance Wire in Bremen. She then worked as a school bus driver, cafeteria aide and study hall aide for Bremen schools for over 40 years before her retirement in 2008. She was a member of Bremen United Methodist Church. Carol loved gardening, cooking and baking. She was well known for her cinnamon rolls and sour dough cookies.
She is survived by sons, Gary (Clista) Hummel of Bremen and Kurt (Nancy) Butgereit of Wabash, IN; son-in-law Tim Kulczar of Bremen; 10 grandchildren and 14 great grandchildren; and brother Kris (Kim) Berger.
She was preceded in death by daughters; Lori Kulczar, Kathy Hummel and Kara Brown; brothers, Robert and Michael Berger; and her parents.
Visitation will be held on Thursday September 3, 2020 from 4-6 p.m. in the Johnson-Danielson Funeral Home, 1100 N. Michigan St. Plymouth. Services will begin at 6 p.m. in the funeral home with Pastor Jim Morse officiating.
Memorial contributions can be made to the Bremen Public Schools 512 W Grant St, Bremen, IN 46506.
PLEASE NOTE: For your protection, the entire funeral home staff will wear masks. It is mandated that family members and their guests do so as well. The funeral home will not provide any masks.