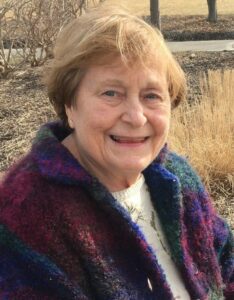 Carol was born February 24, 1945, in Sheboygan, Wisconsin to Harold and Delores (Mahloch) Mais. Carol graduated from Sheboygan’s North Central High School in 1963 and continued her education to Valparaiso University where she met her future husband, Roger Umbaugh. They were married on September 5, 1965. She graduated from college in 1967. In 1974, Carol, Roger and their two children moved to Plymouth to be closer to family.

Carol was a devoted wife to the late Roger Umbaugh, mother to Susan (Steve) Wilson and Jeffrey (Jennifer) Umbaugh; sister to Cindy (Tom) Richardson and Tim Mais; sister-in-law to Michael (Pam Carlberg) Umbaugh; and grandmother to Mackenzie and Kyle Umbaugh and Shad, Ryan and Rebecca Wilson.

Carol was employed by the state of Indiana as a social worker. Thereafter she served as the matriarch of her close loving family. She enjoyed being a contributor to the Plymouth community through Tri Kappa Sorority and Calvary Lutheran Church.

Visitation will be held on Monday, May 2, 2022, from 11-1 p.m. at Calvary Lutheran Church, 1314 N. Michigan Street, Plymouth. Funeral services will follow at 1 p.m. with Pastor Eric Ahlemeyer officiating.