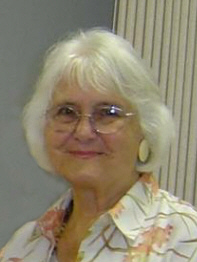 Carole Sue McKean Chamberlin-Meredith died on January 5, 2017, at The Catherine Kasper Home, Donaldson.
She was born in Chicago, Ill. to Henry and Maree (Getz) McKean. They lived in Chicago until she was four years old, and then moved to Ft. Wayne, where she attended and graduated from St. Patrickâ€™s & Central Catholic High School. She attended one year of St. Joseph Nursing.
She married her high school sweetheart, James E. Chamberlin on October 9, 1948. They had seven children, whom she felt were the â€œjewels in her crownâ€.
While at St. Vincentâ€™s in Ft. Wayne, she was a member and officer of the Altar-Rosary Sodality; the Blue Army; the Christian Family Movement; the Cursillo & the Secular Franciscans. In June 1970, the family moved to Argos, where they purchased Harveyâ€™s CafÃ©.
James died from cancer on December 3, 1972. In June 1973, she met a local bachelor, Glen Meredith, who was happy to help her finish raising her young children. They married December 14, 1973 at St. Michael Catholic Church, Plymouth. Glen died October 19, 2004.
While a member of St. Michael, Carole belonged to the Altar-Rosary and was an officer of Harvest House for many years. She also belonged to the Secular Franciscans at Mishawaka; the Marshall County Historical Museum and the Friends of the Library.
Carole is survived by six children and their spouses: James E. (Trisha) Chamberlin, Jr., Christine (Chuck) Biggs; Rebecca (Alan) Collins; David (Susie) Chamberlin; John (Julie) Chamberlin; Matt (Mitch) Chamberlin and her daughter-in-law LeaAnn Chamberlin. Also surviving are sixteen grandchildren; twenty-eight great grandchildren; three sisters-in-law; one brother-in-law and many nieces and nephews, along with her remaining close childhood friends. She was preceded in death by her parents, step-father, two husbands, a son Tom Chamberlin and a grandson, Joe Voreis.
Friends may visit with her family from 4:00 to 7:30 PM on Tuesday, January 10, 2017 at Johnson-Danielson Funeral Home, 1100 N. Michigan Street, Plymouth, where a Rosary will be recited at 7:00 PM. Mass of Christian Burial will be held at 11:00 AM Wednesday, January 11, 2017 at St. Michael Catholic Church, 611 N. Center Street, Plymouth, officiated by Fr. Dave Voors and concelebrated by Fr. Craig Borchard. Friends may call one hour prior to the service at St. Michael Catholic Church.
Memorial contributions may be made to the Altar Rosary Society at St. Michael Catholic Church, 612 N. Walnut Street, Plymouth, Indiana 46563