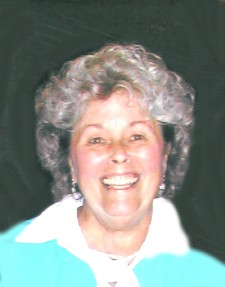 Cassandra “Badanish” Basehoar, 66, of 1101 Red Maple Drive, a resident of Plymouth for the past 3 years passed away at 1:28 AM on Friday October 23, 2009 in her residence.
Cassie was formerly of Gary, Indiana, and Peoria, Illinois.
She was born on November 13, 1942 in Elkhart, Indiana to Chester Jansen and Dorothy Schriver Schmelter.
Cassie was a graduate of William A. Wirt High School, Gary, Indiana with the class of 1961. After graduation she joined the United States Army serving her country proudly and continuing her education. She completed her accreditation for her LPN nursing license.
On November 14, 1987 in Peoria, Illinois she married Gerald Robert Basehoar.
Cassie worked as a LPN nurse for several years at the St. Anthony’s Hospital, Crown Point, Indiana and St. Francis Hospital in Peoria, Illinois. She then took care of helping her husband run their over the road trucking company.
She was a true people person, she enjoyed taking care of people and talking to everyone, she did not know a stranger. Cassie enjoyed decorating their new home and was an excellent photographer. She and Robert traveled throughout the country, first in their big rig, then in their RV. Cassie was an animal lover; she took great care of their cats.
Cassie was a member of Redeemer Lutheran Church, Peoria, Illinois and later joining Calvary Lutheran Church in Plymouth.
She is survived by her mother; Dorothy Schriver Schmelter, Plymouth, Her husband, Robert, and three children; Emery (Lori) Badanish, Independence, Missouri, Floyd Badanish, Grand Rapids, Michigan, and Desiree Badanish, Leesburg, Florida.
She is also survived by four grandchildren Elijah, Joshua, Nicholas and Megan.
Also surviving is a sister Bonnie Edwards (Larry) Sheetz, Plymouth.
She was preceded in death by her father.
The family will receive friends on Monday October 26, 2009 from 4 to 6 p.m. with a service to follow at 6:00 pm in the Johnson-Danielson Funeral Home 1100 North Michigan Street Plymouth, Indiana with her pastor, Rev. Steven Resner officiating.
Family will again receive friends on Tuesday October 27, 2009 from 12 to 2 pm with a service to follow at 2:00 in Lake Forest Cemetery Chapel, Grand Haven, Michigan with burial to follow in the Cemetery.