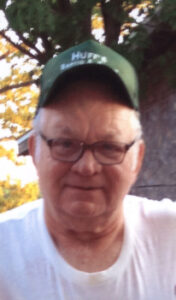 Cecil R. Huff, 76, a resident of 10B. Rd., Plymouth for the past 23 years, died unexpectedly of natural causes in his home at 2:21 pm on Wednesday, August 21, 2013.
Cecil was born in Dawson, Pennsylvania on July 11, 1937, the son of Cecil R. and Helen R. (Newell) Huff.
He graduated from Connellsville High School with the class of 1957.
On October 3, 1954, in Connellsville, Cecil and Ruth Ann Breakiron were married and at the time considered themselves penniless but their dedication and love of one another for nearly 59 years has left them rich with many blessings.
In 1970 the family moved to the north side of Plymouth and established their home.
Ruth Ann survives his passing along with their five children. They are Rick A. (Donna) Huff, LaPaz; Deborah L. (Herbert) Stump, Lakeville; Greg L. (Susan) Huff, Plymouth; Jeff W. Huff, McComb, OH. and Pam S. and (Wayne) Spaich, Plymouth.
Thirteen grandchildren, eighteen great-grandchildren, five step-grandchildren and nine step-great-grandchildren plus numerous nieces and nephews and close friends survive.
Two sisters survive as well. They are Donna (John) Beeson, Vanderbilt, PA. and Helen Robbins. Connellsville PA. Four brothers also survive. They are: French (Sharon) Huff, Mt. Pleasant, PA.; Ernie Huff, Dawson, PA.; Russell (Linda) Huff, Connellsville, PA. and Blaine Huff, Hundred, W.VA.
Cecil was preceded in death by a son, Douglas Huff in 1987 and a brother, Clifford Huff.
Cecil was a welder following in his father’s footsteps. He worked a total of 33 years for the CSX Railroad, first as a welder, working his way to a territory supervisor prior to his retirement.
A gentleman farmer, he raised cattle, enjoyed country music and watching old T.V. sit-coms. He loved his grandchildren and was known as a jokester, playing and telling jokes. For his 60th birthday, Cecil enjoyed a hot air balloon ride with Sam Goebel/ReMax.
A man of his word and integrity and truth, he passed these virtues down through his family.
A past member of the Plymouth Moose Lodge, he had served as a Justice of the Peace in PA. He belonged to the N.R.A., was a lifetime member of the North American Hunting Club.
Visitation will be held on Sunday, August 25, 2013, from 2 to 6 p.m. in the Johnson-Danielson Funeral Home, 1100 N. Michigan St., Plymouth and for one hour prior to services in the funeral home at 11 a.m. Monday, August 26th. Pastor Brian White of the Lakeville United Methodist Church will officiate.
Interment will be in the Fair Cemetery, North Liberty.
Memorial gifts in Cecil’s memory may be made to the Riley Children’s Hospital, 705 Riley Hospital Dr., Indianapolis, IN 46202.