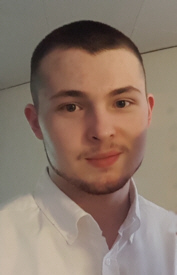 Chandlor Matthew Lamb, 20, of Plymouth, passed away Wednesday, December 14, 2016.
Chandlor was born September 13, 1996 in Plymouth, to Travis Elliott Lamb and Angela Marie (Bryant) Kain; who both survive.
Chandlor attended Plymouth High School. He had worked at Christos Family Dining and with Pam Lamb Private Home Health Care. He was a very compassionate young man who cared deeply for those he worked with. He loved hunting, fishing, playing guitar and drums, skateboarding and he played football and wrestled in high school as well as participating in band and was a song writer. He excelled at everything he did with a smile that could light up a room. He had beautiful blue eyes that melted the hearts of many. Surviving is his mother and step-father; Angela and Lance Kain of Plymouth, father; Travis Elliott Lamb of Plymouth, daughters; Zerenity Lewis of Plymouth, Kynlee Lamb of Goshen, and son; Haydin Eicher of Goshen, siblings; Kylinn Kain, Bronson Kain, Michael Ebert, Makayla Ebert, Emily Lamb and Olivia Lamb. Also surviving are his maternal grandparents; Mike â€œBampaâ€ and Sharon â€œNanaâ€ Bryant of Plymouth, paternal grandmother; Pam â€œMa Mawâ€ Lamb of Plymouth, paternal grandfather; Jerry â€œPa Pawâ€ Lamb, maternal great-grandmother; Patsy â€œBig Grandmaâ€ Bryant of Plymouth, uncle; Jonathan â€œUncle Bubbyâ€ and Melanie Bryant of Plymouth, uncle; Jerry and Michelle Lamb, aunts; Angela and Steve Shorter, Tera Ann and Sean Douglass, nephew: Hunter Bryant, as well as numerous cousins. He was preceded in death by his maternal grandfather; Donald Gene Bryant and maternal great-grandmother; Phyllis Guthrie, great-paternal grandparents; Motton and Mae Lamb and Robert and Helen White. The Bryant-Kain visitation will take place at Johnson-Danielson Funeral Home on Tuesday, December 20, 2016 from 11:00 AM â€“ 1:00 PM followed by services at 1:00 PM. Immediately following the service family and friends will be invited to a celebration of Chandlorâ€™s life at Opieâ€™s.
The Lamb family and friends Committal Service will take place at 3:00 PM on Tuesday, December 20, 2016 in the chapel at the New Oak Hill Cemetery, 1300 Chester Street, Plymouth, followed by a balloon release.
Memorial contribution envelopes will be available at both services.