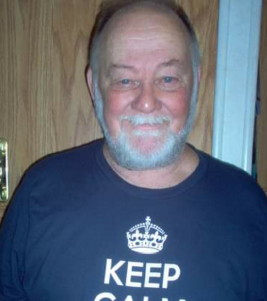 Born on December 7, 1947 in Muncie, Indiana he was the son of James and Elmira (Parke) Turner. He attended and graduated North Webster High School with the class of 1965.

Charles served his country proudly with the U.S. Navy for 16 years and was honorably discharged as First-Class Petty Officer. He worked as a Locksmith owning Turner’s Lock and Load for many years before he retired.

He will always be known as a friendly outgoing man that enjoyed making everyone smile, often telling puns to make someone laugh. Charles was a very giving man that would give the shirt off of his back to about everyone. Although always full of joy, he was known for being brutally honest always telling you what you needed to hear, not what you may have wanted to hear.

Charles was also an extreme ham radio operator. He was a member of the 1st Brethren Church of Teegarden in Teegarden, IN.

Charles is preceded in death by his parents, his wife Jerolyn and brother Bruce Turner.

A celebration of life will be held at a later date.