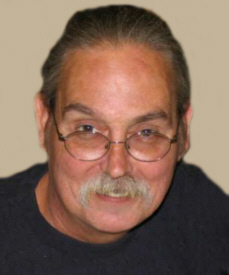 Charles Curtis “Chuck” Lee , 57 a resident of Pennsylvania Ave., Plymouth passed away at 4:12 a.m. on Tuesday September 3, 2013 following an illness.
Chuck was born September 25, 1955 in Athens Georgia the son of Charles C. “Bud” and Audrey (Houston) Lee.
Chuck graduated from Tennessee Military Institute in Sweetwater, TN which led to his service in the United States Air Force. He began his career as a Human Resource Manager at McGill’s Manufacturing in Culver, IN and had a long career in Corporate Management, most recently for Reese Trailer Hitch Corporation in Elkhart, IN. During this time he attended IUSB earning his Bachelor’s Degree and going on to Notre Dame to earn his MBA.
Chuck enjoyed golfing, hiking, mountain climbing, motorcycles and he especially enjoyed life and being around his family. Another great love Chuck had was traveling, visiting Japan, Europe, and South Africa where he entrenched himself in their cultures.
Deep in his faith, Chuck attended Sunrise Chapel and was very fervent in wanting his friends and family to know about God’s love and what God had done for him. He always felt his greatest accomplishment in life was giving his sister, Brenda, the gift of life by donating to her a kidney in the year 2006.
Chuck was preceded in death by his parents but surviving are his son, Christopher Lee (Jenny), granddaughters Inez, Jasmine and Mikayla of Prosper, Texas and son Doug Lee and granddaughter Jaeden of Dallas, Texas.
Also surviving is his sister Brenda Richards (Kiler) of Plymouth; nieces Angela (Larry) Snyder and Kimberly (John) Lara both of Plymouth, Mark (Andrea) Richards of Toledo, Ohio and Josh Richards of Fort Wayne, IN; also brother, Jesse C. Lee (Keiko), nephews Alex Lee of Fort Wayne, IN, Aiden Lee of the Woodlands, Texas, nieces Sachi and Hana Lee of The Woodlands, Texas and sister, Terry J. Smith (Willy) of Parsons, TN and niece Cindy (Jerry) Whitsett of Jackson. Numerous great-nieces and nephews and great-great-nieces and nephews also survive.
Friends and family may call Sunday, September 8th from 1 to 2 p.m. with a Memorial Service starting at 2 p.m. at Sunrise Chapel, 11802 Lincoln Hwy, Plymouth Indiana.
Memorials may be given to Indiana University Oncology Dept., 980 W. Walnut Street, R3 C312, Indianapolis, IN 46202 in Charles Lee’s memory.