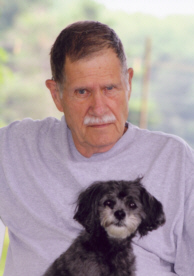 Charles Duane Johnson, 79, of Douglas Drive, Plymouth, passed away at 1:30 p.m. on Wednesday, November 30, 2011 in the St. Joseph Regional Medical Center, Mishawaka following a brief illness. A lifetime member of the Plymouth community, he was known to many as Charlie.
He was born the son of Luther S. and Lila A. (Larsen) Johnson in Plymouth on November 30, 1932. Charlie graduated from West High School in 1950. He then served in the U. S. Army from 1953 – 1955 in Korea.
On October 20, 1957 in Knox, Indiana he took as his bride, the former Ruthanne M. White. Together they enjoyed 54 wonderful years together raising their family of three children. They are: Son Brian D. (Janet) Johnson of Argos and children; Derek E. (Candy) Tracy, Whitney B.(Casey) Girton and Kelsey L. Johnson, daughter, Cathy D. Keister of Plymouth and her son; Brandon N. Keister and daughter, Kimberly D. (Don) Abair of Plymouth and children; Katie R. (Les) Marcum, Allison K. (Matt) Malkowski and Zachary C. Abair. Great-grandchildren include Sydney L. Girton, Kaylee N. Girton, Hunter M. Girten, Kyndall R. Marcum, Avery G. Malkowski, Carter Booth, Marcus Yates, Seairra Bibler, Catarina Tracy, Anastasia Tracy and Daijah Tracy.
A sister, Betty J. Rhodes and brother Floyd H. “Bud” (Shirley) Johnson both of Plymouth also survive with several nieces and nephews.
Charlie was preceded in death by his parents and a brother, Bill Johnson. Charlie was a good humored family man who loved taking in the activities of his grandchildren and great-grandchildren. He also loved “his girls” Sadie and Sassy pet shih poos. Charlie enjoyed working in his yard and keeping things in order.
He first worked as a pressman for the Plymouth Pilot News from 1956 – 1970, then Indiana Tool from 1970 – 1984 and retired from the Plymouth School Corporation in 1998 after 13 years in custodial work mostly at Lincoln Jr. High.
The family will receive friends on Sunday, December 4th from 1 – 3 p.m. in the Johnson-Danielson Funeral Home, 1100 N. Michigan St. Plymouth. A memorial service will immediately follow at 3 p.m. in the funeral home. The Rev. Oliver Dongell, pastor of the Plymouth Wesleyan Church where Charlie attended with his family, will officiate.
Military honors will be provided by member of the Plymouth American Legion Post 27, Veterans od Foreign Wars-Marshall County Post 1162 and the D.A.V..
Memorial gifts may be given to the Marshall County Humane Society, P.O. Box 22, Plymouth, Indiana 46563