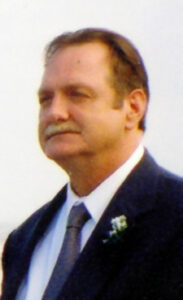 Charles “Pete” Griggs, 59, died on Friday November 13, 2009 in Elkhart Hospice House at 3:25pm.
Charles was born in Bellewood, Alabama on September 30, 1950 to Robert and Mary Cox Griggs. October 23, 1993 he made Carol A. Barger his wife in Culver, Indiana.
He enjoyed fishing, playing cards, pool, horseshoes, country music, animals, working in his flower garden, his pets, and visiting with his friends.
Charles is survived his wife Carol, two daughters Casey Lott and Morgan Lott both of South Bend, IN; seven step-children Carol Dombkowski and Donna Watts, both of Plymouth, IN; Angelia Coad of Monteray, IN; Deanna Payne of LaPorte, IN; Daniel Payne of West Columbia, TX; and Russell Payne of Culver, IN. He also has six brothers and five sisters. Twenty three grandchildren and fifteen great grandchildren survive as well.
He was preceded in death by his parents and a step-daughter Rachel Jimenz.
Friends are invited to share memories with his family from 12 to 2 p.m. on Wednesday, November 18, 2009, at the Johnson-Danielson Funeral Home, 1100 N. Michigan St., Plymouth.
Funeral services will follow visitation at 2p.m. in the funeral home.
The Rev. Stephen Cox from the Cornerstone Community Church will officiate.
Burial will be in the Tyner Cemetery, Tyner, Indiana.
Memorial gifts in Charles’ name may be made to The Elkhart Hospice House, 22579 Old US 20 East, Elkhart, IN 46516.