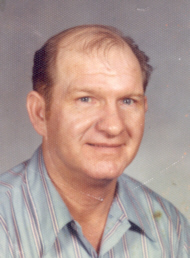 Charles Howard “Charlie” Stiles, 75, a lifetime Plymouth resident, died, following an illness, at his home, 1117 Lake Ave., Plymouth, at 11:10 a.m. on Sunday, May 1, 2005.
Charlie was a hard-working and popular fixture in the Plymouth Community Schools, serving as a janitor for 19 years, retiring in 1991.
He was born in Plymouth on July 23, 1929, the son of Howard G. and Sylvia Pearl Drummond Stiles.
Charlie entered the United States Air Force on January 12, 1952. He received his basic training at Lackland AFB, Texas, and upon his graduation was assigned to the Security Police Squadron at McChord AFB, Washington. After nine months he was shipped overseas to the Security Police Squadron at Ram Stein AFB, Germany.
Upon completion of four years of duty, he returned to Bunker Hill AFB, Indiana where he was honorably discharged in January of 1956.
On September 1, 1967, in the Pretty Lake Trinity United Methodist Church, Charlie and Bonnie L. Chaney were married.
An avid outdoorsman, he enjoyed all types of hunting, fishing and sports. He was adept at woodworking and loved to garden and share his bounty with his family and friends.
Charlie was a member of the Treeing Tennessee Breeders Association, the National Kennel Club, Brindle Breeders, the Indiana Coon Hunters Association and the Fulton County Coon Hunters, Inc.
Charlie is survived by his wife, Bonnie and their two children: a daughter and a son. They are: daughter Tammy and her husband, David England, Bourbon, Ind., and their children, Ryne and Bryce England. His son, Tony and his wife Becky Stiles and their children Charles, Bobbie Jo, Rae Anna and Halie Mae Stiles, all live in Plymouth. Two sisters and two brothers also survive. They are: Judy Rice and Carol Sue and Bruce Gerhart, all of Plymouth and Paul and Jackie Stiles, Belvue, Neb., and Harold and Laura Stiles, Plymouth.
Charlie was preceded in death by his parents.
Visitation will be held from 3 to 7 p.m. on Tuesday, May 3, 2005, and after 7 a.m. on Wednesday morning, May 4, in the Johnson-Danielson Funeral Home, 1100 N. Michigan St., Plymouth.
Funeral services for Charlie will take place at 11 a.m. on Wednesday, May 4, 2005, in the funeral home. The Rev. Paul Nye will officiate at the services.
Burial will take place in Union Cemetery.
Memorial gifts in Charlie’s memory may be made to the Marshall County Hospice.