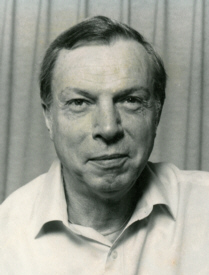 Charles L. “Chuck” Slane, an area resident all of his life, passes away at 1:39 p.m. on Friday, February 26, 2016 in St. Joseph Regional Medical Center, Plymouth.
Chuck was born in South Bend on December 5, 1929 to Charles L. and Louise (Wawrzynczak) Slane.
On July 16, 1960, in Plymouth Chuck married Phyllis Jean Gunn, who preceded him in death on January 31, 2008.
Chuck served his country in the US Army during the Korean Conflict. He was a member of the Plymouth American Legion Post 27, Veterans of Foreign Wars-Marshall County Post 1162 and D.A.V. and gave many years of service to his fallen comrades with the V.F.W. Honor Guard.
He was a computer technician for many years.
He enjoyed going to yard sales and estate sales. He was also an avid model train collector.
Chuck is survived by a half-brother, Donovan (Jane) Slane of Osceola and a half-sister, Charlene (Henry) Lewis of Argos.
He was preceded in death by his parents, his wife, Phyllis, a brother, James R. Slane and a half –sister, Judith Heyde.
Visitation will be from 1:00 to 2:00 p.m. on Friday, March 4, 2016 in the Johnson-Danielson Funeral Home, 100 N. Michigan St., Plymouth, IN. Memorial services will be held immediately following visitation at 2:00 p.m. in the funeral home. Military Honors will be provided by members of the Plymouth American Legion Post 27, Veterans of Foreign Wars-Marshall County Post 1162 and D.A.V.
Memorial contributions may be made to a charity of the donor’s choice.