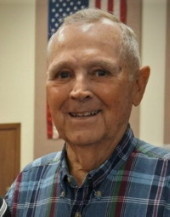 Charles M. Ray, Jr., former Plymouth elementary principal, died on February 19th, 2020 in Plymouth, IN. He was age 82.
Mr. Ray was principal at Washington Elementary School from 1980 to 1997. During this time, Washington Elementary School was selected as one of the 12 best elementary schools in the State of Indiana. The school was visited by the State Governor as an exemplary education site as well as named a four-star school on several occasions. Mr. Ray was named Indiana Elementary Principal of the Year in 1988 and a National Distinguished Principal in 1989. During his years as principal, Mr. Ray was a speaker at a number of local, state and national functions, a Facilitator for the Indiana Principals’ Leadership Academy, a member of several committees to work with the State Superintendent of Public Instruction, as well as wrote articles that appeared in national publications and co-authored several education booklets. In addition, he was editor and publisher of The Indiana Principal magazine for 18 years. Mr. Ray helped organize the youth soccer program in the Plymouth area and was president of the organization for a number of years. In addition, he assisted in bringing varsity soccer to several local school districts.
During his years in Plymouth, Mr. Ray spent all of his summers (35+) working at Culver Summer Camps where he served as a Division Commander, Program Director, Director of Tennis, and Fly Fishing Instructor. In addition, he taught fly fishing for many of the area Park Departments.
Mr. Ray joined the education consulting firm of Speicher and Fields upon his retirement as school principal in 1997. Several years later, he established his own consulting business, InfoRay Education Service, in order to assist small school corporations with technology and grant writing. Mr. Ray was born in Cranford, N.J. and graduated from Cranford High School in 1955 and from Indiana University with a BA Degree in 1959. He earned an M.Ed. Degree from Springfield College in Springfield, MA in 1969 as well as did post graduate work at several other colleges.
Following his marriage to Sue Ann Tanksley of Brook, IN on June 14, 1959, Mr. Ray joined the Citizen & Chronicle in Cranford as a sports reporter, circulation manager, and advertising manager. He was named Associate Publisher in 1965 and remained until 1967. While in Cranford, Mr. Ray was active in local civic organizations including the Rotary Club, the Jaycees (secretary), the Chamber of Commerce (director), the Joint Committee for Encouraging Candidates for the Board of Education, the Cranford Boosters’ Club (vice-president), the Cranford Boy’s Baseball Leagues (secretary), and the Cranford Recreation Department (vice-chairman). In addition, he was a member of the New Jersey chapter of Sigma Delta Chi, the professional journalism society, the New Jersey Press Association, and the National Intercollegiate Soccer Officials’ Association. He was also named the Cranford, N.J. Jaycees Outstanding Young Man of The Year in 1966.
In 1967, Mr. Ray left the newspaper business to become a National Teacher Corps Intern in Springfield, MA in order to further his education and pursue his dream of becoming a school principal. During his two years as a Teacher Corps Intern, Mr. Ray earned his master’s degree in education. He also organized a Saturday Enrichment Program which provided extra activities and trips for disadvantaged youth as well as organized a baseball team for similar youngsters. Upon graduation, he was named Outstanding Intern for the Springfield Teacher Corps project. Following his work with the Teacher Corps, Mr. Ray taught sixth grade in Butler, IN before becoming an elementary principal first at Prairie Heights School Corp. in Orland, IN, then at DeKalb Eastern School Corp. in Butler, IN, and finally at Plymouth Community School Corp. in Plymouth, IN. Surviving are his wife, Sue Ann Ray of Plymouth; brother, William (Eileen) Ray of Cranford, N.J.; sister, Janet (Borut) Ray-Korosec of Antioch, CA; two sons, Kenneth (Kim) Ray of Plymouth, IN and Kevin (Lindsay) Ray of Argyle, TX; two daughters, Kathleen (Toby) Reeves of Noblesville, IN and Kellie (Paul) Pirkle of Naperville, IL; two nieces; and 16 grandchildren and 3 great-grandchildren.
Funeral services will be held on Tuesday, February 25, 2020 at 12 p.m. at the Plymouth Community Church 11802 Lincoln Hwy, Plymouth with Pastors Darek Morris and Denny Wilson of Warsaw Community Church. Visitation will be held prior from 10 a.m.-12 p.m.
Burial will be in the Culver Masonic Cemetery, Culver.
In lieu of flowers, donations can be made to the Marshall County Community Foundation, 2680 Miller Dr Suite 120, Plymouth, IN 46563: which supports local organizations such as Plymouth Community School Corporation, Plymouth Park and Recreation Department, Izaak Walton League of America, and Lifeplex, to name a few that Charlie valued. Checks can be made out to MCCF/Community Funds or donations can be made online at marshallcountygives.org.