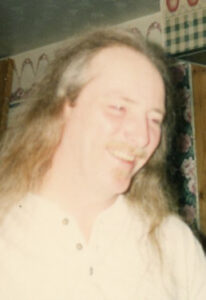 Chuck Watson, 62, a resident of Argos for the past 26 years, passed away unexpectedly of natural causes, early Saturday morning at home. On October 30, 1953 in Plymouth, Charles Mark Watson was born into this world with a gentle spirit that he carried throughout his life. He was the son of the late Charles W. and Wilma Jean (Goodman) Watson. He found his soulmate Della M. Ketcham while walking the halls of Plymouth High School and graduated with the Class of ’72. They were wed in a country setting at the Eagle Creek Church in Starke County on June 22, 1974 and remained ever faithful to each other. They were blessed with two children; Andrew and Heather.
In 1975 Chuck entered the United States Air Force and was stationed at a base in nearby Grissom. He returned to a career of working for the DelMonte Corporation for nearly 30 years.
Chuck lived a no frills life that allowed him to be ever close to the loves of his life. Family remained top on that list followed closely by God’s nature which he enjoyed while camping and especially on walks with his grandchildren. He raised rare breed chickens, sighted Bluebirds near their home and liked a playlist of Led Zeppelin. Chuck valued the many friendships he had made through the years.
He was a member of the Plymouth American Legion Post 27.
Chuck leaves behind his sweetheart Della, son Andrew M. (Sara) Watson of Plymouth and their sons River and Ridge and his daughter Heather Mae (Neal) Hite of Argos and their son Bohden. Chuck’s siblings include: Bill (Lois) Watson of Plymouth, Andrea (Stan) Bunch of Columbus, James D. “J.D.” (deceased), Sara “Lisa” (Dan) Doody of Plymouth, Jennifer (Tom) Read of Plymouth, Tim (Jeannie) Watson of Plymouth, and Jon (Kathy) Watson of Rochester. His mother-in-law Dollie Ketcham of Plymouth also survives with many nieces, nephews, cousins and friends.
Preceding in death were his parents, brother and father-in-law Richard E. Ketcham.
Visitation will be held Tuesday, January 19th from 10 a.m. until noon in the Johnson-Danielson Funeral Home, 1100 N. Michigan St., Plymouth.
Funeral services will begin there at noon Tuesday with Rev. Charles Krieg officiating.
Burial with military honors will follow in the New Oakhill Cemetery, Plymouth accorded by members of the Plymouth American Legion Post 27, Veterans of Foreign Wars – Marshall County Post 1162 and the D.A.V.
In lieu of flowers, preferred are memorial gifts to the Marshall/Starke Development Center, 1901 Pidco Drive, Plymouth, IN 46563.