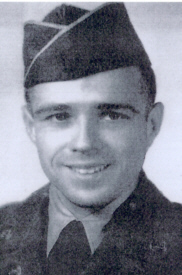 Charles G. Moore, 82, passed away Wednesday afternoon at his home on Emerald Court, Plymouth. He had been in declining health over the past few years but was able to remain mobile and at home with the loving care of his wife Jan and family.
Born on December 10, 1928 in Indianapolis, Indiana he was the son of Charles Everett Moore and Catherine Campbell Galbraith Moore. Charles graduated from Emmanuel High School in Indianapolis.
From 1951 – 1953 he served in the U.S. Army stationed in Europe and attained Corporal. His father and four brothers also served in the military, his brother Robert perished in the Battle of the Bulge. Charles was first married to Shirley Eileen Oberle Moore on August 10, 1953 in Indianapolis. She preceded in death on August 7, 1986. On March 7, 1987 in the Shiloh Wesleyan Church he took as his bride Janice E. Smith Moore. They have remained faithful members of Shiloh.
Charles and his wife Shirley were Tupperware Distributors in the Indianapolis area. He was a paint specialist and had worked for Tom Wood in Indianapolis and later for Barth Motorhomes in Milford, Indiana. He also worked for Fairmont Homes and retired from Hoosier Tire in 1998. Woodworking, crafts, gardening and yard work were some of Charles favorite pastimes.
He is survived by his wife Jan, and children; Terry Sue (Jim) Thompson of Tampa, Florida, Jennie Lynne Moore of Tampa, Charles Arthur Moore of Lakeville, James William Coburn of Plymouth, Debra Lynn (Steve) Keen of LaPaz and Barbara Ann (David) Sommers of Plymouth. Also surviving are 10 grandchildren. They are: Jamie, Bubba, Christopher, Tyler, Emily, Bianca, Mikayla, Jennifer, Jordan and Noah along with five great grandchildren and his beloved pet; Princess Lynn Moore.
Two brothers and a sister survive Charles; Richard Moore of Greenwood, IN, John Moore of Franklin, IN and Janet (Edwin) Ratcliffe of Florida.
He was preceded in death by his parents, a step-son; Kelly William Coburn, brothers; Jerome, Tom and Robert Moore and a sister Catherine Stoffer.
Visitation for Charles will be held on Tuesday, November 29, 2011 from 4 – 8 p.m. in the Johnson-Danielson Funeral Home, 1100 N. Michigan St. Plymouth. Funeral services will be held at 11 a.m. on Wednesday, November 30, 2011 in the funeral home. The Rev. John Perkinson will officiate.
Burial will follow in the New Oakhill Cemetery, Plymouth with military honors provided by members of the Plymouth American Legion Post 27, V.F.W. Post 1162, D.A.V. and South Bend Honor Guard.
Memorial gifts may be made in Charles name to the Shiloh Wesleyan Church, 10532 4B Road, Plymouth, IN 46563 or Gideon’s International Bible Program. Many thanks to Southern Care Hospice for their support during this difficult time.