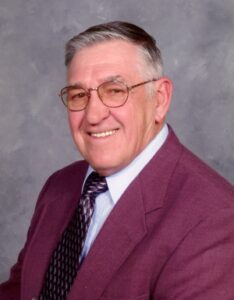 He was born in South Bend, Indiana on June 6, 1932. His family moved to Plymouth when he was 5, and he attended St. Michael Grade School and then Plymouth Lincoln High School, graduating with the class of 1950.

Chuck proudly served in the U.S. Army and was Honorably Discharged in 1955.

Chuck worked as a lineman for REMC for 10 years, retiring in 2012. He also worked for the Plymouth Park Department for 14 years.

He was a faithful member of St. Michael Catholic Church.

Chuck is survived by his children: Richard (Kari) Vancza of Plymouth; Deb (Timothy) Denlinger of Plymouth; Steve Vancza, Greg Vancza and Anna Corbett, as well as 11 grandchildren and 12 great-grandchildren.

Per his wishes, no services will be held.