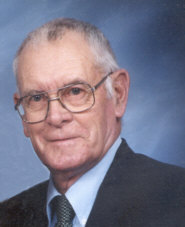 Chelse B. Slemp, 75, died in Miller’s Merry Manor, Plymouth at 6:05 a.m. on Friday, August 20, 2004, following complications from a series of strokes. Formerly of South Bend, he had been a longtime resident of 20655 W. 9th Road, Plymouth.
Born on August 14, 1929 in Jonesville, Virginia; he was the son Echol J. and Ora Mae Crumley Slemp. He attended Jonesville schools and then served his country during the Korean War as an Engineman Third Class in the United States Navy. His detail would come to be known as the ‘Orphans of the Pacific’.
He married the former Mildred G. Anderson on May 12, 1956 in Roseland, Indiana and would be blessed with three daughters, a son, nine grandchildren and a great grandson. They are: Susie and Doug Cook and their children; Samantha, Brian, Matthew and great grandson Logan all of Plymouth; Steven J. and Debbie Slemp and their daughters Stephanie and Hilary of Plymouth; Sandy and Carl Fitz and children Erik and Ty Zahm of Mishawaka; Shelia M. and Michael Smith and their children Darren and Ali of Plymouth.
A sister Ann Williams of South Bend also survives. He was preceded in death by his parents and an aunt Ruby Crumley.
Chelse’s lifelong career was in construction, particularly in heavy equipment and tunneling projects for various firms throughout the area. He retired in 1991 from the Midwest Operators Union, Local No.150. During that time he built three family homes and assisted in numerous other tasks. Following retirement it was rewarding to see how much he was able to enjoy family events, grandchildren’s activities, travel, winters in Florida, time with friends, bowling, golf and hunting small game. He became quite involved with genealogy as he searched his family history.
His memberships included the Immanuel Lutheran Church, American Legion Post 27, Plymouth Kilwinning Masonic Lodge and the Ancient Accepted Scottish Rite, Valley of South Bend. He was a former South Bend volunteer fire fighter, a former member of the Veterans of Foreign Wars, Marshall Co. Post 1162 and Plymouth Moose Lodge 741.
Friends are invited to join the family on Monday, August 23, 2004 from 2 – 4 and 6 – 8 p.m. at the Johnson-Danielson Funeral Home, 1100 N. Michigan St. Plymouth.
Services will be held on Tuesday, August 24, 2004 at 11 a.m. in the Immanuel Lutheran Church located at 6835 Union Road north of Donaldson, with visitation one hour prior to services. Burial will follow in the Immanuel Lutheran Church Cemetery.
Memorial gifts in his memory may be made to the Church.