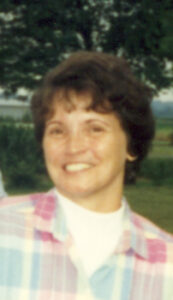 Cheryl Lynnae “Sherry” Milner, 63, a lifetime resident of Plymouth, died, following a long suffering illness, in St. Joseph Regional Medical Center, Plymouth, at 3:46 p.m. on Saturday, February 18, 2012.
Cheryl was born in Logansport, IN. on September 22, 1948. She was the daughter of Joseph W. and Gladys E. (Zumbaugh) Emrah. She attended West High School in Marshall County.
On June 23, 1989, in Plymouth, Sherry and Daniel R. Milner were married.
Sherry, an aide for St. Joseph Regional Medical Center for 25 years on the surgical floor, retired in 2000.
She loved fishing and camping with her husband, Dan. She also enjoyed cooking and cleaning and relished memories of European and Middle Eastern trips with close friends.
She was a member of The Cross, Rochester, IN.
Sherry is survived by her loving spouse Dan, a daughter, a son and two step-sons. They are: Tammy Joe Walker and Larry Lee Masterson, and Matthew R. Milner and Joshua A. Milner of Plymouth.
A sister, Susie (Rex) Crump, Plymouth, survives as well.
Sherry was preceded in death by her parents and a son, Christopher Brian Masterson who passed away in 1972.
The Johnson-Danielson Funeral Home, 1100 N. Michigan St., Plymouth, has been entrusted with arrangements.
There will be a service for Sherry in the New Oakhill Chapel at 10 a.m. on Thursday, February 23, 2012. The Rev. John Branch, pastor of The Cross,will officiate. Sherry will be laid to rest next to her son, Christopher, in Oakhill Cemetery, Plymouth.
Memorial gifts in Sherry’s memory may be made to the Center for Hospice Care Center 112 S. Center Street, Plymouth, IN 46563.