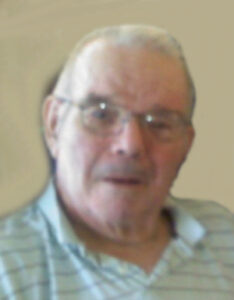 Chester Elmer Walter, 83, died of natural causes at 6:20 p.m. on Monday, November 21, 2011 in the Bremen Health Care, where he has made his home for the past four years.
The son of George E. and Dora E. (Sheneman) Walter, Chester was born on January 13, 1928 in South Bend, Indiana. Known to many as Chet, he was a 1946 graduate of Lakeville High School.
On June 24, 1949, Chet, married Edith Irene Smith at the Holland Family home in Teegarden. The couple had met at a youth activity at the County-Line Brethren Church. Chet was a truck driver for Bremen Co-Op for 10 years and then worked for Dodge Manufacturing a foundry in Mishawaka, Indiana until retiring after 17 years in 1984. He was also a member of the Pine Creek Church in North Liberty.
He is survived by his devoted wife of 62 years, Edith, and their children: Jay A. (Shirley) Walter, Sr. of Plymouth, Lyle L. (Glendy) Walter, Sr. of South Bend, Connie L Miller of Nappanee, George E. (Kris) Walter of LaPaz, Sue A. (Richard, Sr.) Wagoner of Plymouth, John H. (Vonna) Walter of Bremen, Lori A. Walter of Lorain, Ohio, Patti A. (Ronald) Thomas of Plymouth William D. (Heidi) Leighty of South Bend, and, Marcia A. Walter of Bremen. Also surviving are 26 grandchildren, 30 great-grandchildren and one great-great grandchild.
He was preceded in death by his parents, a brother, Elsworth Walter and a son-in-law Charlie Miller.
Visitation will be held in the Pine Creek Church of the Brethren, 69531 Pine Road, North Liberty, Indiana from 4 – 8 p.m. on Friday, November 25, 2011. Funeral services for Chet will be held in the Church at 11 a.m. on Saturday, November 26th with calling one hour prior. Pastor Steve VanHouten will be officiating. Burial will follow in the Fair Cemetery, North Liberty.
Preferred are memorial gifts in Chet’s name to the church.