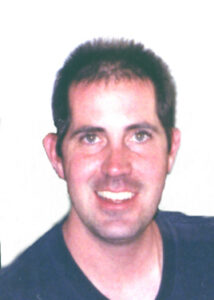 Christian Jay Snyder, 40, passed away Wednesday, December 5, 2012 at his residence following a long term illness.
The son of Jay and Darlene E. Christensen Snyder, Christian was born on August 5, 1972 in South Bend. He graduated from Plymouth High School in 1990 and then attended Ancilla College, where he received an associates degree in Business.
At just 13, Christian was diagnosed with an inoperable brain tumor. He underwent radiation treatments from a $1 million microton radiation machine in Indianapolis, one of only two such machines in the county at that time, which saved his life. By October of his freshman year at Plymouth High School, he was given a clean bill of health. In August, 2007, he had an unexpected mini- stroke. A major stroke hit the day before Thanksgiving later that same year. The strokes were caused by a rare condition called radiation vaculitis, a result of the radiation given him as a teen causing scar tissue and blood vessel collapse in his brain. On September 27, 1997, Christian and Kris Whitesell were united in marriage in the First United Church of Christ, Plymouth.
Christian and his brother Mark were co-managers of the Bargain Barn on Michigan Road, Plymouth, which their father, Jay, opened in 1986.
A workaholic, in his free time, Christian enjoyed riding motor cross cycles, flying remote controlled airplanes and especially spending time with his family.
He had attended the First United Methodist Church in Plymouth.
Christian is survived by his wife, Kris, two sons: Tyler and Trenton, both at home; his mother, Darlene Snyder of Plymouth; a brother, Mark B. Snyder of Plymouth; an uncle, Dennis (Ellen) Christensen of Fish lake, an aunt, Carolyn (Thad) Jones of Bremen, his mother-in-law, Mary Martin of Plymouth; his father-in-law, Dan Martin of Plymouth; two sisters-in-law: Katie Martin and Kandi (Ed) Matthews, both of Plymouth, a brother-in-law, Zak Martin of Plymouth and several nieces and nephews.
He was preceded in death by his father, Jay.
Friends may visit with Christian’s family on Friday, December 7, 2012 from 4 to 8 p.m. in the Johnson-Danielson Funeral Home, 1100 N.Michigan Street, Plymouth.
Funeral services, officiated by Pastor Jason Webb, will be held on Saturday, December 8, 2012 at 11:00 a.m. in the funeral home.
Burial will be in Burr Oak Cemetery. Memorial contributions may be made to The Snyder Family, for the benefit of his sons, C/O Centier Bank, 537 N. Oak Road, Plymouth, Indiana 46563.