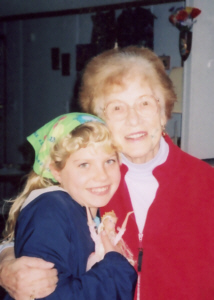 Christine R. “Chris” Gould, 87, a Berkley St., Plymouth resident since 1998 and formerly of Ft. Wayne, passed away at 12:15 a.m. on Wednesday, July 23, 2008 in the St. Joseph Regional Medical Center, Plymouth.
Chris was born on February 13, 1921 in Magoffin County, Kentucky, the daughter of Noah and Cassie (Howard) Barnett.
On May 10, 1953, in Ft. Wayne, Indiana she became the bride of William C. Gould. He would precede her in death in 1988.
A homemaker, Chris was a longtime member of the Hamilton United Methodist Church and a supporter of the Angola Humane Society with her love for animals.
Survivors include a granddaughter; Heather Hegna of Andover, Minn., three nieces; Marianne Eaton of Knox, Ind., Dorothy (Boyd) Sellers of Palm Springs, CA and Nancy Howard of Frankfort, Ind., and a nephew; John (Arlene) Howard Jr. of Rensselaer, Ind. Several great-nieces and nephews also survive.
Also preceding in death was a daughter; Barbara Jean Beaver, a son Jackie Beaver, a grandson Tim, along with three sisters: Fannie, Myrtle and Irene and three brothers: Boyd, Mabry and Lester.
Services will be held at 11 a.m. on Tuesday, July 29th in the Lindenwood Cemetery Chapel located at 2324 W. Main Street, Ft. Wayne, Indiana.
Memorial gifts may be made to the Angola Humane Society, 1700N 200W, Angola, Indiana 46703.