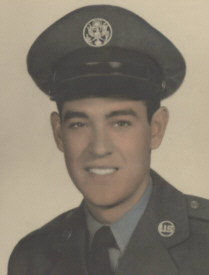 Cleon R. “Jake” Beatty, 81, passed away in his Deer Trail home after an extended illness at 8:37 a.m. on Friday, May 9, 2014.
Born in his parent’s home in West Township in Marshall County, Indiana on October 11, 1932, he was the son of Ray E. and Cleo J. (Woodfill) Beatty. He graduated from West High School with the class of 1950, where he excelled in basketball and baseball.
On April 14, 1956, he took Patricia E. Ruff to be his wife in Tyner, IN in the EUB Church officiated by his friend Reverend John Davis. For the past 30 years, the couple split their time between Marshall County and North Fort Myers, FL with their two children residing in nearby Cape Coral.
Jake served as an Airman First Class in the U.S. Air Force during the Korean Conflict. For two years of his service, he was stationed in Japan as a radar control operator. He was honorably discharged in February 1956.
He first worked as an apprentice meat cutter for the Kroger Co. and as a journeyman at a South Bend location. He then opened Beatty Locker, north of Bourbon and ran the family company for 40 years before his semi-retirement in 1982.
A master wood crafter, Jake loved carving and building beautiful furniture pieces for family members and friends from cherry and oak hardwoods. There was no doubt he was an outdoorsman; enjoying skeet and trap shooting, hunting, fishing and boating. He watched sports on the T.V., keeping a close eye on the Chicago Cubs. He was a former member of the Plymouth Moose Lodge.
Jake may best be remembered for his practical jokes pulled on family and friends whom he dearly loved spending time with.
Cleon is survived by his loving wife, Pat of Plymouth, and their two children; Daniel R. (Cindy) Beatty and Beth Ann O’Connor, both of Cape Coral, FL; eight grandchildren and one great-grandchild; his brother, Terry G. (Karla) Beatty of Tippecanoe, IN; his sister, Sandra K. (Paul) Langfeldt of Plymouth; and several nieces and nephews.
He was preceded in death by his parents.
Visitation will be from 3-8 p.m. on Thursday, May 15, 2014 in the Johnson-Danielson Funeral Home, 1100 N. Michigan Street, Plymouth.
Funeral services will be held on Friday, May 16, 2014 at 11:00 a.m. in the funeral home. Pastor Joe Lampton of the Etna Green United Methodist Church will preside.
Burial will be in the New Oakhill Cemetery with military honors provided by members of the USAF Honors Unit, Plymouth American Legion Post 27, Veteran of Foreign Wars – Marshall County Post 1162 and the D.A.V.
Memorial contributions can be made to the Center for Hospice Care 112 S. Center St. Plymouth IN 46563 or to the American Heart Association, 7612 W County Line Rd, Grovertown, IN 46531.