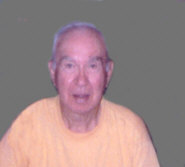 Clinton M. Staples, 79, of 714 Miner St., Plymouth, Ind., died of natural causes at 7:05 p.m. in the St. Paul Retirement Community, South Bend, Ind.
A resident of South Bend and Plymouth most of his life, Clint was born the son of Noah E. and Verda S. Jackson Staples in Monroe County, Kentucky on February 3, 1925. He received his high school diploma from Riley High School in South Bend.
Clint served in the United States Marine Corps in both World War II and Korea and was a member of the V.F.W.
In 1946, he and Cleo Arndt were married in South Bend. Cleo died on November 22, 1951. In 1952, Clint and Mary Alice Girten were married in South Bend: she died on September 19, 1996.
Clint was self-employed as an owner-operator truck driver for over 30 years, driving for Dallas & Mavis. He was a member of the Teamsters. Clint loved his job, and often said he had the best job in the world because he could see all parts of the country for free.
He was an avid reader and loved to play golf. Clint also was a big fan of the Chicago Bears and Notre Dame. He had worked as an usher for Notre Dame sports for two years.
He is survived by three daughters, three sons, 14 grandchildren and one great-granddaughter.
His daughters and their spouses are: Cindy and Brian Claeys, Plymouth; Pam Staples-Toner and Janice and Joseph Frucci, both of South Bend.
Gregory Staples and Kevin and Valerie Staples, both of South Bend and Paul and Judy Staples of Plymouth are Clinton’s surviving sons and daughters-in-law.
Five sisters and four brothers survive as well. They are: Carolyn and Jerry Kozuch of South Bend; Kathy Staples, Jewell Bennett and Margaret Kronewitter, all of Mishawaka and Delores and Ray Bruning of Chandler, Arizona.
Also Ray and Mary Lou Staples and Rondal Staples, both of South Bend: Larry Staples of Florida and Glen and Carol Staples of South Carolina.
Clint was preceded in death by his parents, his wives and Eva Staples, a sister.
Friends are invited to visit with the family at the Johnson-Danielson Funeral Home, 1100 N. Michigan St., Plymouth, on Tuesday, April 20, 2004, from 2 to 4 p.m.
Funeral services officiated by Lay Minister Ray Vanett, will be held following visitation on Tuesday, April 20, 2004, at 4 p.m. in the funeral home.
Military rites will be provided by Plymouth V.F.W. Post 1162 at the funeral home, following the funeral services. Memorial gifts may be made to Hospice, Alzheimer’s Association or St. Paul’s Health Care.