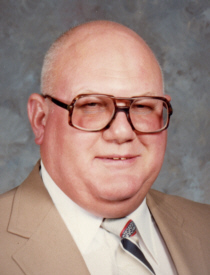 Clyde E. Bick, 92, Plymouth resident since 1972, passed away at 12:45 on Tuesday, October 4, 2016 with his wife by his side at the Signature Healthcare of Bremen.
Clyde was born in Fulton County on September 19, 1924 to Clyde A. and Mable (Myers) Bick. He graduated from Rochester High School with the class of 1942.
Clyde served for our country during WWII in the U.S. Army. He was a member of a 100 man Signal Corps. Team stationed on the island of New Guinea until the war ended. Clyde was in Japan when peace was signed on the dock boat next to the one he was in. He was Honorably Discharged in 1946.
In Richland Center, Indiana on April 17, 1949, Clyde took the former Helen L. Conrad as his wife. The couple began a family while living in surrounding cities, making many new friends.
He worked for Schultz Brothers and Harvey Dime Store as a store manager, before fully retiring in 1991. Clyde was a member of the First United Methodist Church in Plymouth. He was a 65 year member of the American Legion in Plymouth, a lifetime member of the Moose Lodge in Rochester, and a charter member of Plymouth Elks Club.
Helen and he would decide to vacation in Mission, Texas parts of the seasons. Clyde also began making custom â€œWelcomeâ€ frames until 1999. He enjoyed fishing trips in Wisconsin and memories made with his family.
Clyde is survived by his wife of 67 years, Helen of Plymouth, his son, Edward L. (Janna) Bick of Detroit, MI, and daughter, Barbara A. (James) Cox of Plymouth. Also two grandchildren, Eric (Elizabeth) Cox of Plymouth and Nichole (Scott) Simpson of Mishawaka; three great-grandchildren: Sterling and Callum Simpson and Weston Cox, and nieces and nephews.
He was preceded in death by his parents and siblings: Luroy, Bernice, Lola, Alvada, Jack and Robert.
Friends may visit with the family on Friday, October 7, 2016 from 11-1 PM in the Johnson-Danielson Funeral Home, 1100 N. Michigan Street, Plymouth. A Memorial service will be held at 1 PM in the funeral home. Military Honors will held at the funeral home following the service provided by members of the American Legion Post 27, Veterans of Foreign War- Marshall County Post 1162 and Disabled American Veteran Chapter 42.
Entombment will in the New Oak Hill Columbarium in Plymouth at a later date.
Memorial contributions can be made to the donorâ€™s choice.