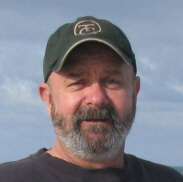 Clyde John Lohse, 60, a lifetime Marshall County resident, passed away following an illness at 9:10 a.m. Saturday, March 30, 2013. Clyde died as he had wished, at home in the company and care of his loving family. For the past 31 years, Clyde has made his home in rural Argos.
Clyde was born the youngest child of Wilbert H. and Dorothy M. (Tratebas) Lohse, in Plymouth on September 5, 1952.
He graduated from Plymouth High School with the Class of 1971. There he was a member of the track team.
On August 31, 1983 in Plymouth, Clyde took as his bride the former Barbara D. Perkins. Clyde began a 30-year career in the fiberglass tub industry with the Corl Corporation in Bremen, which became Bremenglas and now a part of Maxx Midwest. He was a proficient mechanical robotics operator.
Clyde was an avid outdoorsman. He loved fishing, duck and especially deer hunting and enjoyed sharing that time with his family that started with his father and brothers, his daughter Micah and now his eldest grandson, Gabreal for the past three seasons.
His appreciation for antiques lead him to many antique shops, garage and estate sales, which prompted the establishment of the family business; Down the Road Antiques that he operated at home.
Clyde quite simply loved his family and spending time with his grandchildren and pet dogs Jake and Ollie. He followed NASCAR and was a big Peyton Manning fan making Denver his top NFL team.
He was a member of the Calvary Lutheran Church in Plymouth.
Family members will fondly remember Clyde for living life… his way. They are: his loving wife, Barbara of nearing 30 years, two daughters and their families; Brooke Elizabeth (Seamus) Enyart-Larkin of Kokomo and children; Delaney and Brady and Micah Marie (Ralph) Robertson of Plymouth and children; Gabreal, Gillian and Ashton. His sister Shirley M. Hardesty of Huntington, Indiana and brothers; James H. (Carol) Lohse of Leesburg and David L. Lohse of Plymouth survive with numerous nieces and nephews. His sister-in-law; Joanna (Victor) Weldy of Bremen and children; Brian, Andrew and Victoria also survive along with a lifelong friend, Mike Buffington.
Family and friends will gather to celebrate Clyde’s life on Tuesday, April 2nd from 4 – 8 p.m. in the Johnson-Danielson Funeral Home, 1100 N. Michigan St., Plymouth. Services will be conducted by Rev. Charles Krieg on Wednesday, April 3rd at 11 a.m. in the funeral home. Visitation will continue one hour prior to services.
Burial will follow in the New Oakhill Cemetery in Plymouth.
Preferred are memorial gifts to the ALS Association, 1275 K Street NW, Suite 1050, Washington, DC 20005 or charity of donor’s choice.