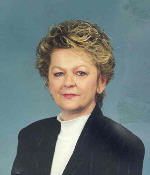 Colleen Louise Warner, 50, a former resident of Plymouth and Wabash, Ind., and living at 1729 Bancroft Ave., Rochester, Ind., since last July, died at 6:20 p.m. on Saturday, March 30, 2002 . Colleen died in Methodist Hospital, Indianapolis, from complications arising from heart surgery ten days prior. Born in Plymouth on March 27, 1952 , Colleen was born the daughter of Oma (Back) and Charles Warner, Sr. She attended school at LaVille and David , Kentucky , after which she completed some college course study. Colleen worked in nursing home care and in area restaurants until her health would no longer allow her to continue over the past ten years. She was intrigued by computer science, she built several units for her family and would spend countless hours exploring their capabilities. She enjoyed dancing, cooking and music. She had a collection of clowns and music boxes. She was a member of the Church of God . Colleen is survived by her mother, Oma L. Slone of Rochester a sister, Penny J. Fisher of Bourbon and three brothers: Robert L. and Dixie Warner and Nick Warner, all of Plymouth, and Charles Jr. and Adrea Warner, of Freeport, Ill. Several nieces and nephews also survive, together with Greg Robinette, her longtime companion from Wabash , Ind. Colleen was preceded in death by her father, a brother, Christopher, and Greenville Slone, her step-father. Visitation with the family will be from 9 to 11 a.m. on Thursday, April 4, 2002 , in the Johnson-Danielson Funeral Home, 1100 N. Michigan St. , Plymouth . Funeral services for Colleen will be held at 11 a.m. on Thursday, April 4, 2002 , in the funeral home with the Rev. Mike Dittmer, pastor of the Family Bible Fellowship of Walkerton officiating. Burial will be in Oakhill Cemetery, Plymouth. Memorial gifts in Colleen’s memory may be made to the American Heart Association or to a charity of the donor’s choice.