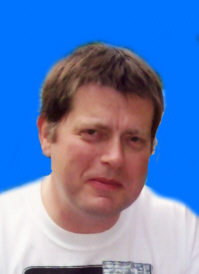 Craig A. Tuttle, 48, a lifetime area resident, died at 5:16 p.m. on Tuesday, October 9, 2007 from natural causes, in Saint Joseph Regional Medical Center, Plymouth.
Born on September 29, 1959, in LaPorte, Craig was the son of Leroy Tuttle and Carol Walter Tuttle Hostetler.
He attended schools in Argos and Walkerton, and later obtained his G.E.D..
On June 16, 1979, Craig and Jane A. Bachtel were married in the Plymouth Church of the Brethren.
Craig worked as a Wire Extruder at Copperfield Wire in Bremen. He enjoyed auto racing, his motorcycle, camping and especially being with his family.
Jane, Craig’s wife of 28 years, survives along with their children: Danielle (Ryan) Tyner of Plymouth, Brian Tuttle of Bremen and Melissa Tuttle of Mishawaka.
Also surviving are 5 grandchildren, his mother and step-father, Carol (Wayne) Hostetler of Plymouth, a sister, Lori (Chris) Shaumber of Bremen and several aunts, uncles, nieces and nephews.
Friends will be welcomed by Craig’s family to celebrate his life and share their memories on Sunday, October 14, 2007 from 4 to 7 p.m. and on Monday, October 15, 2007, after 7 a.m. at Johnson-Danielson Funeral Home, 1100 N. Michigan St., Plymouth.
Funeral services, officiated by Rev. Lyle Breeding, pastor of the Sonlight Wesleyan Church, Bluffton, Ind., will be held at 10:30 a.m. Monday in the funeral home.
Burial will be in Walnut Cemetery, Argos, Ind.
Memorial contributions in Craig’s memory may be made to a charity of the donor’s choice.