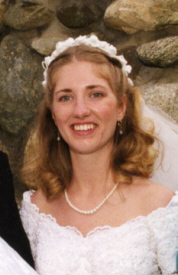 Crystal Rana (Pasley) Schwichtenberg, 37, passed away peacefully Sunday, September 27, 2015 at her residence, surrounded by her family. Crystal was born May 20, 1978 in Plymouth, Indiana to John and Debbie K. (Jacobson) Pasley. Crystal had worked at Heartland R.V. for nine years. On April 18, 2004, she married Charles Edward Schwichtenberg, who survives.
Her greatest passions in life were her daughters. She is survived by her husband, Charles Schwichtenberg, Bourbon, three daughters; Caitlyn, Callie, and Charlie Schwichtenberg, all at home, parents; John and Debbie K. Pasley, Plymouth, brother and sister in law; John M. and Susan Pasley, Plymouth, mother-in-law and father in-law; Donna and James Hann, Plymouth, two brothers-in-law; Chad Schwichtenberg, Plymouth, and Dean Schwichtenberg, Florida, maternal grandmother; Juanita Jacobson, Plymouth. Also surviving are many aunts, uncles, nieces and nephews.
She was preceded in death by her maternal grandparents; John and Thelma Pasley, maternal grandfather; Conrad Jacobson, two uncles; Mike and Larry Jacobson. Visitation will be from 4-8 PM Wednesday, September 30, 2015 in the Johnson-Danielson Funeral Home, 1100 N. Michigan Street, Plymouth, and from 10:00 AM until time of service on Thursday. Funeral services will be at 11:00 AM Thursday, October 1, 2015 in the funeral home. Burial will be in the Immanuel Lutheran Cemetery, Donaldson. Memorial contributions can be made to the family to help off-set medical expenses.