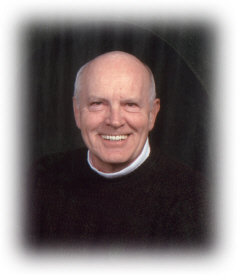 Faith and Patriotism well described Fred J. Beam at his sudden passing on Tuesday afternoon the first day of February, 2011. A man of Faith he served God as a proud husband, father and grandfather. As a Patriot he effectively served his country as Command Sergeant Major Fred J. Beam, U.S. Army – Retired.
Fred was always prepared for everything including his time of passing and for that he wrote in his own words:
“A thanks to Ada L. Carey Beam who brought me into this world on January 30, 1936, a special thanks to James R. Beam who adopted me into his family at eleven, who helped nourish, school and mentor me through my formative years. Thanks to all teachers, from Washington Elementary School and Lincoln High School, who had patience and understanding with me during my adolescent years. For the 34 years of service with the U.S. Army and Indiana army National Guard I am very grateful to my staff. Those years taught me understanding, organization, leadership, and the ability to stick to it, know as commitment. To employers, churches and friends who have touched my life for good through the years, a “thank you” it made me what I was and I pray that I have been a blessing to some along the way. The lives of my friends have been such help in forming the thoughts and actions of my own life. A special thanks for the Pastors who through the years have formed my Christian faith and belief in the Lord and Savior Jesus Christ. A special thanks to my lovely and beautiful wife (Dolores Landis Beam) of many years; for the support and counsel she has given me. Thanks for our beautiful children we were blessed to have during our marriage, Michael K. (Betty) Beam, of Plymouth; Philipe M. (Vickie) Beam, of Argos, and Elizabeth L. “Beth” Beam, of LaPorte, IN. We were so blessed to have eight beautiful and wonderful grandchildren, Brandon (Daniel) Beam, Argos, Ashley Brown, of LaPorte, Whitney Brown, LaPorte, IN, Adam J. Beam, Tiffany Beam and Zachary Beam, Milford, IN., Elisha Beam and Ariel Beam, of LaPorte, IN and one great granddaughter, Serena Beam, Argos. My sister-in-law Mina Beam, of Indianapolis, IN and many nieces and nephews complete this family.”
“My love to all, and may; the blessings of Christ be with you all.”
Fred was preceded in death by his parents, a six month old twin brother; Franklin and brother; Maurice.
His family remembers that Fred bought his first car from the money he earned with his multiple paper routes. He worked at J.C. Penney for 1½ years. He attended Marion College for a year and studied for the ministry.
Fred enlisted in the National Guard while still in high school. From there he went to active duty in the Army and earned the rank of Command Sergeant Major at Brigade Headquarters in Indianapolis, Indiana. He served our country for 34 years.
After retiring in 1987 as Division Command Sergeant Major, he took a position as Director of Transportation in Orange, Virginia for the Orange County School Corporation for 13 years. He retired from there in 2000 and returned to Plymouth, Indiana. He then worked for the Plymouth Surveying Company the next 3 years.
Fred enjoyed spending time with his family and friends. He loved going to the Plymouth football and basketball games.
He will be dearly missed.
Family and friends will gather at the Johnson-Danielson Funeral Home, 1100 N. Michigan St. Plymouth on Sunday, February 6th from 1 – 5 p.m. Calling will continue after 10 a.m. on Monday in the Shiloh Wesleyan Church, 10532 4B Road at King Road, Plymouth. Services will begin at 11 a.m. in the church; the Rev. John Perkinson will officiate.
Burial with full military honors will follow in the New Oakhill Cemetery, South Michgan Road, Plymouth.
Fred’s wishes were that gifts in his memory be made with the Gideon International Bible Program, P.O. Box 494, Plymouth, Indiana 46563.