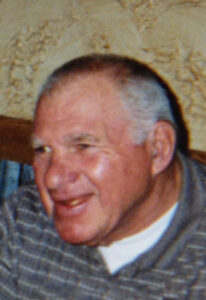 Curtis O. Renforth, 82, a resident of River Park in Plymouth, passed away in his home on Friday, December 19, 2014.
Born in Wheeling, West Virginia on August 20, 1932, Curtis was the son of William D. and Stella A. (Smith) Renforth.
Curtis worked in the coal mines of West Virginia for 12 years before moving to Phoenix, Arizona to work in landscaping for the next 18 years. He moved to the Plymouth area in 1999.
On October 8, 2002, Curtis and Wilma F. Wagoner were united in marriage at the Marshall County Courthouse by Jan Fisher. Through his loving wife Wilma, Curtis found Christ and is now in the loving arms of his Lord and Savior. Together they attended the Evangelical Covenant Church in Donaldson. He was by her side every day until her passing on May 6, 2013.
Curtis enjoyed going on long bike rides, woodworking, painting and restoring furniture. He was a fan of Notre Dame Football.
He is survived by his step-children: Betsy (Larry) Riddle of Lakeville, Jerry Paul Wagoner of North Carolina and Jeffery Scott Wagoner of Elkhart with nine step-grandchildren and 20 step great-grandchildren. His brothers are: Orville J. “Jim” and wife Margaret Renforth of Plymouth, Charles Renforth of Rayland, OH and William D. Renforth Jr. of Martins Ferry, OH along with many nieces and nephews.
He was preceded in death by his parents, his wife Wilma, two step-sons David George Wagoner and Gary Alan Wagoner and step grandson Austin.
A memorial service will be held Friday, December 26th at 3 p.m. in the Johnson-Danielson Funeral Home, 1100 N. Michigan St., Plymouth where friends may call one hour prior to services. The Rev. Mark Harder, pastor will officiate.
Inurnment will be in the New Oakhill Cemetery.
Memorial gifts may be made to the Boys & Girls Club of Marshall County 314 E. Jefferson St., Plymouth, IN 46563 or the Covenant Church, P.O. Box 67, Donaldson, IN 46513.